Rapping in an American accent is like wearing a weave: Ntsiki Mazwai 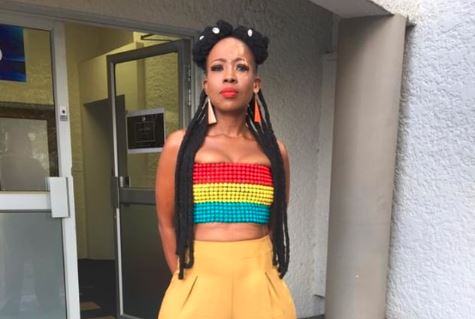 Poet and TV show host Ntsiki Mazwai is never one to mince her words.

Just as the fire she set on her TL when she said Cassper and AKA "only rap about alcohol" was beginning to die down, she added fuel when she threw shade at African rappers who rap in "American accents".

Ntsiki's followers immediately connected the tweet to the aforementioned rappers but also added that the poet had no right to judge creatives as it's usually a case of each to his own.

Rapping in an American accent as an African is the same as wearing a weave .....

Oksalayo Ntsiki was not taking anything back, fam. She said what she said!

And just as the different South Africa rapper stans came forth with defenses for their faves, Ntsiki quickly broadened the scope of her spicy tweet to the rest of Mzansi who prioritised the English language above their mother tongue; particularly for their children.

She went in with scathing criticism and gave some advice while she was at it.

"Considering the fact that you're not exactly building your own ish... you will be talking to the black majority at the plantation anyways!! Learn your people's language wethu."

"What you wanna know English for? To go set up shop in Britain? Your people speak indigenous languages. Amen"

"It's embarrassing when your children [only] speak English... especially since it's done to appease and fit in [with] their white friends who don't care about learning your languages. You're so deeply insecure parents ... and pathetic actually."

Read the rest of her thread below.

You guys find it sooooo cute when your black children only speak English.....I find it embarrassing for grown women to find validation in this😫

If you are MoTswana and your child doesn't speak seTswana.....what is your child? This question goes to all tribes ❤️

Your child CAN speak your mother tongue AND English.....actually

How come you don't realise that you can raise kids who are MULTI LINGUAL???? 😉

Trevor Noah sticks it to the haters.
TshisaLIVE
2 years ago

Mampintsha due back in court over Babes assault

Mandla “Mampintsha” Maphumulo  is expected back in the Pinetown Magistrate's court on Wednesday on charges relating to the assault of his girlfriend ...
TshisaLIVE
2 years ago

"I don't think I have totally got over it. I think I fool myself a lot, to be honest. I have been preaching self-worth, because if I don't it can ...
TshisaLIVE
2 years ago