Thuso Mbedu shares some words of wisdom with budding actors 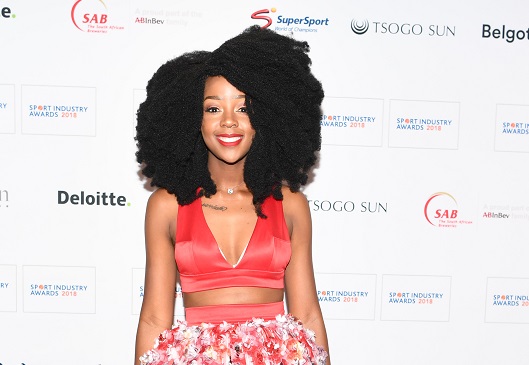 It's no secret that Thuso Mbedu has done the most both here on home soil and internationally, and she has some useful tips to share with aspiring actors.

The Emmy-nominated actress took to Twitter to let aspiring actors know that sharing  Instagram snaps will not get them gigs in acting.  She explained that YouTube was a better platform for an updated reel to catch the eye of casting producers and directors.

"Actors/actresses of Mzansi (the country not the channel), please keep your material (a reel ideally) up to date and searchable online (YouTube is great) as you never know who will be looking," she said.

Also, casting producers and directors etc are more interested in looking at a reel when exploring new talent than an Instagram page.

Just a few weeks ago Mzansi burst into celebration mode after several American publications including  W Magazine reported that Thuso will play the lead role in Barry Jenkins’s adaptation of The Underground Railroad.

On her Instagram on the day of the announcement, Thuso shared her excitement.

"My thumb and neurons are failing me right now so I'll just do as most South Africans do when this happens: I got the job! It was such an amazing process and experience. Like, true story, just prepping to audition for this role made me grow so much. It's such a blessing and honour to tell this story... Again, words fail me so I'll stop there for now," she said.

Budding actors left comments on her tweets thanking her for advice, some even testifying that they met and started to follow Thuso through YouTube.

When Papa Penny said 'down sit' instead of 'sit down' Mzansi felt played!

Tweeps didn't even know English could stretch like that!
TshisaLIVE
3 years ago

Zodwa Wabantu: My late mom is proud of me, clothed or naked

"I am proud of my progress, I'm sure my mother would be proud too," Zodwa said
TshisaLIVE
3 years ago

Four snaps of Cassper and his deliciousness

Cassper is a whole pot of hot.
TshisaLIVE
3 years ago