Lady Zamar on using music as an outlet: Emotions can destroy you 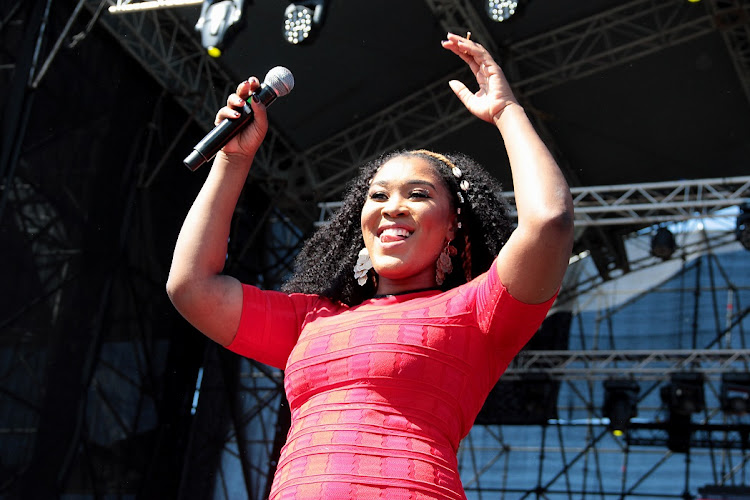 Sama-nominated singer Lady Zamar couldn't have asked for a better reception for her debut album, King Zamar, but the pressure to surpass her own brilliance almost crippled her creativity for the second album. Luckily, she found a way around it.

The musician told TshisaLIVE that she had to go back to basics and remember why she started in the first place, and that meant being honest with herself and her fans about her emotions.

"It has been really terrifying to go through this process of making this upcoming album. I am still nervous, even as we prepare to share the project with everyone soon. I think it's because of the way I tell my story this time, how much I reveal about my life, my intimate relationships and just the emotions I have been going through," she said.

After opening up her heart on Twitter last month about the pressure of producing a sophomore album, and everything she's gone through mentally and emotionally, Lady Zamar had to take a break to regroup.

She told TshisaLIVE that the pressure was not only internal, but also from the label, and everyone around her expected her to raise the bar she had set.

The 25th South African Music Awards will celebrate TKZee, Mango Groove and the late HHP for their contribution to telling the South African story ...
TshisaLIVE
3 years ago

"I am the kind of person who believes that you are only as good as your most recent body of work. There was, and still is, a lot of pressure to do great, especially because King Zamar was received with so much love. Even the label was worried, which meant every creative decision had to be analysed. We needed something fresh, but something that would still continue on the momentum on King Zamar."

However, despite the wave of anxiety she has every now and then, she's finally ready to share it and will release her album artwork and album name before the end of May. The album will follow soon after that.

"It will be a different sound, but an authentic sound, and the music will be as real as it can ever be, because that's the kind of music people relate to. The real story. It deals with emotions, and emotions are hard to deal with. They can destroy you."

The musician is also excited to to be vying for the Sama's Record of the Year award with her song, Collide.

Hlengiwe Mhlaba: 'I tried to kill myself'

Cassper says they are making money together.
TshisaLIVE
3 years ago

Courtesy of Trevor Noah’s The Daily Show.
TshisaLIVE
3 years ago