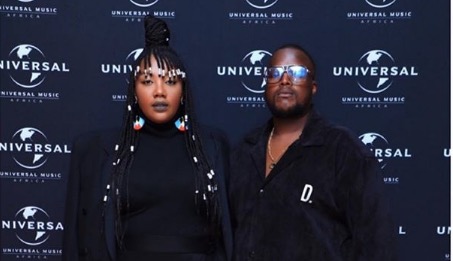 Lerato Sengadi poured her heart out as she expressed her pride in her late hubby and hip hop artist HHP who will be honoured with the prestigious Lifetime Achievement award at the upcoming Sama25 music awards.

Lerato took to Instagram to explain what a big deal this recognition would have been for HHP. The rapper is not only the first hip hop artist to be honoured with this award but is also the youngest recipient of the honour.

"I feel beyond blessed to have played a role in making this happen for him. But honestly, he did it! This is all him. I’m just a vessel, executing a calling. I am a bag of emotions but mostly I am beaming at my king's accomplishments and bravery. Motho, this is only the beginning... I promise!" Lerato said.

The widow also went down memory lane, remembering how HHP was beamed with pride after he received the same honour from the SA Traditional Music Awards (Satmas) back in 2017.

"This was 2017. Motho receiving his Lifetime Achievement Award from the Satmas. It meant a lot to him because he believed dearly in the preservation of indigenous sounds and language," she wrote next to the picture of HHP at the Satmas.

Check out the picture below.

The star has scores a massive deals with American Swiss and is kitting out a new place through jiyane Atelier.
TshisaLIVE
2 years ago

They are going to have to make him super guaped to get him to spill tea.
TshisaLIVE
2 years ago

'Using my name to get media attention? Because when they talk about themselves ... nobody listens?' Ntsiki replied.
TshisaLIVE
2 years ago

Sizwe almost showed us the goods. Almost.
TshisaLIVE
2 years ago