'I was shocked': Yoh, Paul's blindside on 'Survivor SA' was hectic 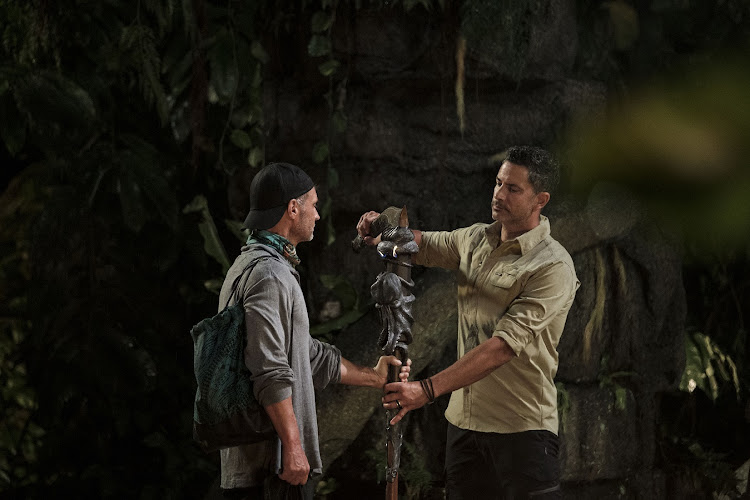 You get blindsides, and then you get what happened to Paul Smulders on Thursday night's episode of Survivor SA: Island of Secrets.

Paul's tribe, Sa’ula, lost the immunity challenge for the second week in a row after each tribe had to select one tribe member as a retriever attached to a pulley system and a bag of coconuts.

The rest of the tribe had to lift the bag of coconuts to allow the retriever to move around and collect a ball and cup with a fork on a long stick. The first tribe to stack all the balls and cups would win immunity and reward.

Even though the tribe was dejected, Paul thought he played the perfect game and was on top of the world going into tribal council.

"I am happy because I left with my dignity in tact. People go on about being themselves but I feel like I was really myself. There were no pretences."
TshisaLIVE
3 years ago

He was not only a key part of the Amigos alliance, but had shared his hidden immunity clue with his tribe mates last week and had given Rob the immunity idol to save him from leaving the tribe this week.

On top of that, it was clear that the "bossy" Seipei was next to go and probably the injured Nathan after that?

What could go wrong?

In a shocking turn of events, his alliance partners turned against him and Paul became the second person to leave the show this season.

Like many of us at home, Paul was clearly shocked by the outcome and could only muster a sarcastic "Well played, guys" as he walked away.

Speaking to TshisaLIVE after his elimination, Paul said he never thought, going into tribal council, that his head was on the block.

"I was so shocked. I didn't see it coming. I always tried to play the game smart. When I went to the island of secrets I didn't know what was going on in my tribe so I had to use the clue to gain trust. I was also thinking about the future with every move I made," he added.

He said he was grateful for the chance to be on the show and prove to himself what he is capable of.

"It was an opportunity of a lifetime. I was cold and wet, but I would do it all again."