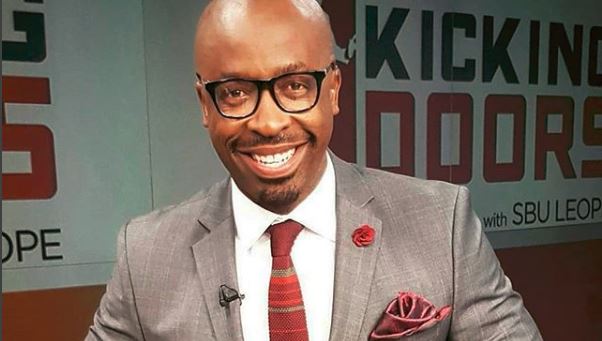 The bitter spat between DJ Sbu and former TS Records artist Zahara reared its head again after fans on social media responded to a motivational message by Sbu with calls for the company to address Zahara's allegations of being underpaid.

In a statement issued to TshisaLIVE, DJ Sbu claimed that Zahara - whose real name is Bulelwa Mkutukane - had been paid all money owed to her. He added that the label supported her through her alleged "alcohol addiction", which saw her being hospitalised five months ago.

"These accusations come as a surprise as Bulelwa Mkutukane has always been like a sister, who picks up a phone every time she has a problem," said Sbu.

"We have always been there for her during her trying times. When no one believed in her talent, we did - and we invested millions of rands into her career.

Lawyers for TS Records have sent a cease-and-desist letter to Zahara over the singer's claims that the label owes her money.
TshisaLIVE
2 years ago

"We have tried all we can since the beginning of her career to provide advice, care, resources and career management services."

Zahara made headlines last month after Sowetan reported that she had accused TS Records, which is co-owned by DJ Sbu, of underpaying her for performances, record sales and royalties. Zahara later told Metro FM's Mo Flava that she would sometimes get "a mere R10,000".

TS Records hit back, issuing a cease-and-desist letter preventing her from making "false and defamatory statements" about the company in the media.

DJ Sbu also referred TshisaLIVE to several statements issued by TS Records, Universal Music and Sheer Publishing Africa at the time, claiming they had paid all money owed to the star.

DJ Sbu claimed the star left the company in 2015 after demanding clearance, which the businessman said was granted at no cost, despite Zahara apparently owing them another album.

When approached by TshisaLIVE for comment on TS Records' claims - including her being hospitalised for her alcohol addiction last year - Zahara referred us to an Instagram video she posted to address the issue.

While Zahara declined to speak further on the matter, she has previously opened up  about her struggles with alcohol.

"It was not a nice place to be in. I was frustrated and so I drank a little to find happiness. It wasn't that I needed it or that I was addicted, but I got to a point where one night I finished a whole bottle of wine by myself. I knew then that I needed to speak to someone and deal with this," she told TshisaLIVE in April.

The star claimed that she has been sober since October last year.

(Part 1) My responce to @djsbu questions to me.

(Part 2) My responce to @djsbulive questions to me.

"I am focused on a new path. I am in a new space. I am exhausted from talking about it. I just want to leave it to my lawyers and move on with my ...
TshisaLIVE
2 years ago

While the spat was a massive talking point across Mzansi, it doesn't seem to have affected the star's popularity.
TshisaLIVE
2 years ago