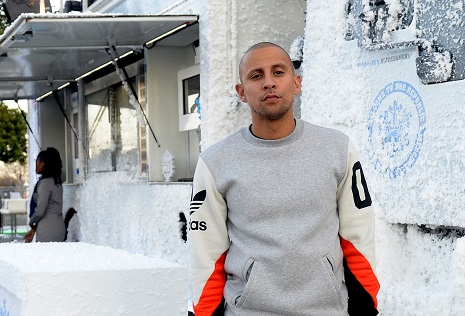 While many in the country have been gripped by Uyajola fever, others, like DJ Warras, are unimpressed with the type of entertainment the reality show is selling.

The star has warned that the Moja Love show could potentially lead to an increase in violence in SA.

Warras was among many who took to Twitter to question the excitement that the Mzansi version of the US show, Cheaters, has ignited since its debut on Sunday.

The show, which shows people confronting their cheating partners on TV, rubbed the DJ up the wrong way. He issued a warning on his TL.

"This #Uyajola show is going to get people killed. Guaranteed. I know some n*ggas who cheat, and if they are exposed on TV, or if their woman is exposed on TV - well, I wouldn’t want to be Jub Jub. Or the other person. Save this tweet. Let’s speak at the end of the season," he said.

Warras explained that he was concerned the public humiliation would lead to a more violent reaction from both the men and women featured on the show.

He didn't appreciate that people seemed to ignore the fact that SA already has a "violence" problem, which would be aggravated by shows such as Uyajola.

"Bro. Not even my n*ggas. N*ggas in general. Any man/woman is dangerous if you push them. And this is a lot. In America, cool. Here we have a gender violence problem as it is. We have a violence problem. Look what happens to thieves in town when people catch them."

He went on to engage with his fans, explaining further why the show could lead to a dire situation. As far as Warras is concerned, it is irresponsible of the channel to commission such a show.

Read the rest of the thread below.

Honestly besides the emotional scars these people (who are poor) are left to deal with, and the homes wrecked for entertainment sake - I’m really worried about the violence. How many people in history everywhere - have been killed for cheating ? https://t.co/LAm5DkkpjR

Only online or a channel like Moja love would commission something like this. Get the numbers, fuck the consequences 🤷🏼‍♀️ https://t.co/Jkpfn252pv

Meanwhile, Moja Love's head of production, Bokani Moyo, told Metro FM's DJ Fresh that the aim of the channel was to give a reflection of the real-life experiences of black South Africa.

"Our main goal is to explore the lived experience of predominantly black South Africans. To provide a mirror to reflect on our realities as a people and give a lens through which we understand life," she said.

Bokani added that Moja Love presenters like Uyajola's Jub Jub were provided with security/bodyguards due to the confrontational nature of the shows.

That scene where Kwesta and his grandmother embrace and shed a tear will just tug at your heartstrings!
TshisaLIVE
2 years ago

Sbahle Mpisane's social media followers continue to rally behind her following her touching Instagram post about the effects her car crash has had on ...
TshisaLIVE
2 years ago

Dude was defeated and even tried to speak to his pops but malume made it clear that he was only here to talk about football.
TshisaLIVE
2 years ago