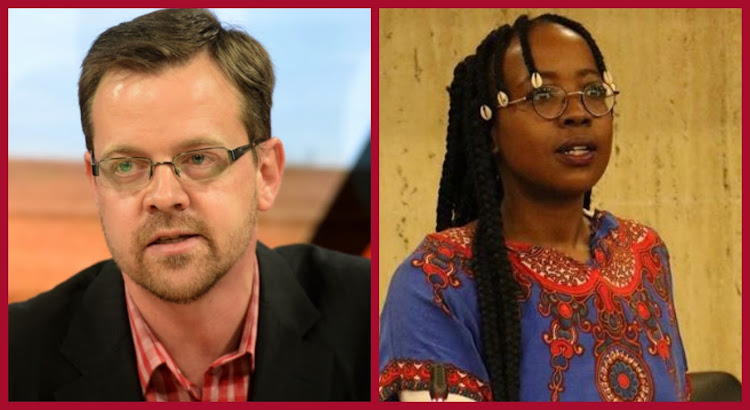 Controversial civil rights organisation AfriForum squared off with poet and TV host Ntsiki Mazwai this week, accusing MultiChoice of having double standards after one of its channels, Moja Love hired Ntsiki as a presenter for its talkshow Show Me Love.

In a statement AfriForum highlighted MultiChoice's decision to stop airing content featuring Steve Hofmeyr on all of its platforms because it was "committed to the building of a non-racial society and strongly condemns any acts of discrimination."

AfriForum called for the same treatment to then be meted out to "divisive figures" such as Ntsiki.

They claimed that Ntsiki "regularly publishes racist and inciting comments against minorities on social media" but was still appointed as presenter by one of the company's channels.

"MultiChoice was fully entitled to follow a political policy, but customers also had the right in such a case to insist on the policy being applied consistently," deputy chief executive of AfriForum Ernst Roets added.

TshisaLIVE has reached out to MultiChoice for comment on AfriForum's claims but it had not responded by the time of publishing.

The artist Ntsiki Mazwai regularly publishes racist & inciting comments against minorities on social media, yet she was recently appointed as presenter of the chat programme Show me Love, which is broadcast on Moja Love (channel 157 on DStv).#MultiChoiceDispute#DoubleStandards pic.twitter.com/xTVSOf8hS8

Ntsiki responded by tweeting "Hands off Ntsiki Mazwai!" and then denied that she was racist.

"I am tired of being bullied because it is inappropriate to be a strong black girl. I am definitely not racist... not by a long shot," she said.

She went on to warn AfriForum to "not play games" with her name.

"AfriForum will not play games with my my name! I also attack black people equally if not more so. Actually, I'm very important for the healing process of white people in this country. I help them confront where they hurt us!"

She also posted a series of tweets explaining that she had not flown the old SA flag or burnt the new one, and was ready to stand up for herself.

Wooooooooweeeeeee! I'm ready to stand up for this. KAHLE NJE!!! https://t.co/Fu1jDplqy7

Cyril Ramaphosa is YOUR president... I didn’t vote for him, says Ntsiki Mazwai

*Cues Brandy's song Torn* Should I go, should I stay...
TshisaLIVE
3 years ago