Is Ting-Ting's blindside one of the worst in Survivor SA history?

Just as we were getting over our trust issues following last week's shock blindside on Survivor South Africa: Island of Secrets, the show threw up another twist that left fans shocked and utterly defeated.

Ting-Ting Wong became the third castaway to be voted off this season of Survivor SA after her alliance partner Jacques pulled a fast one on her.

Their tribe, Ta’alo, ended up at tribal council after losing an immunity challenge that also offered the reward of comfort items, such as a hammock, pillows, a tarpaulin and a fire-making kit.

It was clear that the doctor from Durban could be on her way out but she thought she was safe when Jacques told her he had the immunity idol and would hand her a last-minute reprieve by playing it for her.

But when the moment came, the dude was M.I.A and Ting-Ting had her torch extinguished.

While the flame representing her life on the island was out, the fire inside her was raging, and she told TshisaLIVE that it took a while for her to get over the betrayal.

"You go through a lot of emotions. At first it was shock, like I couldn't believe what he had done and then there was denial, and then there was acceptance. I made peace with it. It is not like I forgave him, it was just that I let it go."

She said that paranoia was real on the island, with people always looking over their shoulders.

"You have these alliances but you don't know if they will hold. You are doing your best but you can't shake the paranoia. It is there with adrenaline and that survival instinct."

She said that if she could go back, she would be more chilled and take it all in.

"I would be myself instead of being in the background. I would take it all in."

At the end of this week's episode, host Nico Panagio revealed that a brand new tribe would be formed, which will change everything!

Survivor SA: Island of Secrets is screened on M-Net every Thursday at 7pm. 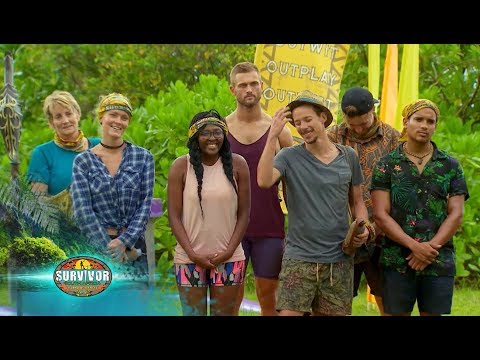