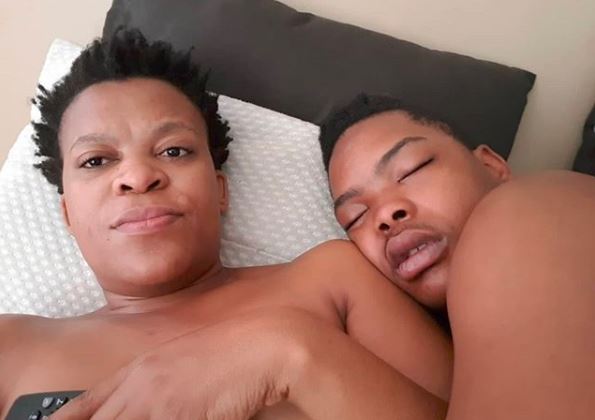 Zodwa Wabantu posted a snap of her and bae in bed that set social media on fire.
Image: Instagram/Zodwa Wabantu

There's always something to talk about where Zodwa Wabantu is concerned, anything from nudes, to lobola and ancestors anything goes with her but this week her sex life became a topic of discussion after she posted a very "telling" snap on Instagram.

The picture shows the pair in bed but Zodwa - who appears to be the one who took the selfie - has a TV remote in her hand while Ntobeko is fast asleep beside her.

This opened up a can of worms and those awkward questions from fans, soon flooded the comments section.

"He sleeping like he just finished building Mandela bridge all by himself," went the other.

Zodwa told TshisaLIVE that she was so used to fans commenting and asking such questions, that it didn't bug her in the least.

"People are crazy but I get it because I am just like them... I've been asked before if I moan in bed and if I'm any good. The other time a person said, I probably do nasty things because otherwise why would my man stay with me. I won't say much on what I do or how great it is because only he can say that. I don't want to brag," Zodwa said.

The reality TV star said while she may seem like a handful to many that don't know her, she's actually the sweetest woman when she's with Ntobeko.

Zodwa said she loved how she felt when she was with Ntobeko and that it was because he "softened" her, which is why they're perfectly suited for each other.

"For two-three days he held me hostage and he basically sexually abused me," Masechaba said
TshisaLIVE
2 years ago

You don't become an award-winning style icon by playing it safe!
TshisaLIVE
2 years ago