Here's how you can catch all the #Sama25 action 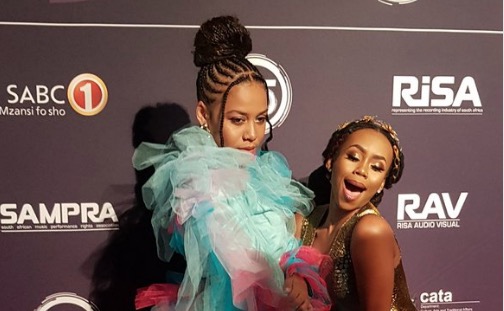 Sho Madjozi and Bontle Modiselle served flames on the red carpet on night 1 of the Samas.
Image: Kyle Zeeman

All roads lead to the Sun City Superbowl on Saturday night where the 'who's who' of the entertainment industry are expected to gather for the South African Music Awards (Samas).

This years marks 25 years since the awards ceremony was first launched to honour the work of Mzansi's musicians.

Organisers have promised an explosion of action with performances by the likes of Bongo Maffin, Trompies, Sho Madjozi, Kelly Khumalo, Sjava and many others.

Mzansi's famous faces are also expected to pull out all the stops on the red carpet.

As far as the awards go DJ Black Coffee scored the most nods, followed by Sjava, Sun-El Musician, Zonke Dikana and Sho Madjozi with four each.

Music giants Mango Groove, TKZEE and the late HHP will be honoured with Lifetime Achievement Awards.

HHP will become the youngest recipient of and the first hip-hop star to win the award.

The main awards ceremony will be broadcast live on SABC 1 from 8pm or you can watch it live on the official Samas stream.

Also follow @TshisaLIVE for all the red carpet action and exclusive backstage interviews.

And, if the Industry Awards which took place on Friday night are anything to go by...it's going to be lit!

Sho Madjozi looks like a dream in this multi-coloured outfit "I was inspired by the sheer volume of tsonga and how it is larger than life" #SAMA25 #RecogniseSAMA25 #Recognise pic.twitter.com/UuP1nGgN02

Idols SA winner Paxton has changed up her look and hit the with a splash of purple "I was so nervous but I thought why not just go all Kylie on it? " #SAMA25 #RecogniseSAMA25 #Recognise pic.twitter.com/2i5al62ejH

The star also plans to pay tribute to HHP on his upcoming album.
TshisaLIVE
3 years ago

Khuli Chana prepares for debut presenting gig: 2019 is my year

Khuli says that 2019 is his year.
TshisaLIVE
3 years ago

Here is who will be hosting the Samas this weekend

The Samas are getting nostalgic.
TshisaLIVE
3 years ago