IN PICTURES | Thumbs up or down? Here's what went down on the #SAMA25 red carpet 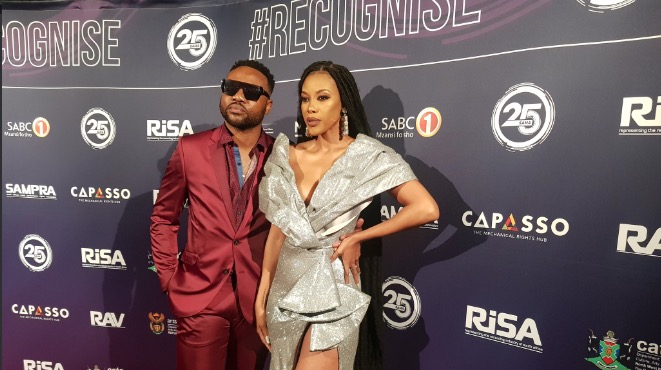 The Sun City Superbowl has come alive with action on Saturday night as the annual South African Music Awards (Samas) gets underway.

Mzansi's famous faces definitely shook up the red carpet, but not everyone hit the mark.

Skolopad who seemed to be in much better spirits after taking a bit of a break from the spotlight rocked a sheer top that showed off one half of her chest, while the other half was covered.

LootLove who had twins just a few months ago looked absolutely smoking-hot and Lady Zamar kept things simple in a chiffon dress. Emtee walked the carpet with his son, which was super cute.

In celebration of 25 years since the Samas were launched, organisers have chosen six hosts for the night, two from each decade.

Bob Mabena and Melanie Bala will rep the 90s, while Khuli Chana and Lesedi FM host Twasa Seoke will shake things for the 2000s.

Mpho Popps and actress Nomzamo Mbatha will bring everyone up to speed of how it’s done these days.

TKZEE, Mango Groove and the late HHP were honoured with Lifetime Achievement Awards for their contribution to the industry.

Nominees who will be vying for a Sama tonight include Sho Madjozi, Nasty C, DJ Black Coffee, Sjava and Lady Zamar.

You can catch the show live on SABC 1 at 8pm or follow @TshisaLIVE for live updates from Sun City.

Menzi and the missus are here #SAMA25 #RecogniseSAMA25 #recognise pic.twitter.com/aQJWCbgAsL

Here's how you can catch all the #Sama25 action

It all goes down in Sun City tonight for the #SAMA25.
TshisaLIVE
3 years ago

The star also plans to pay tribute to HHP on his upcoming album.
TshisaLIVE
3 years ago

Here is who will be hosting the Samas this weekend

The Samas are getting nostalgic.
TshisaLIVE
3 years ago