Namanje! Cassper Nyovest: I'd rather take a cheque over a Sama 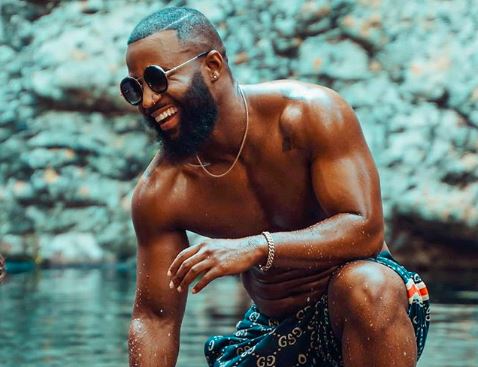 It's been four years since the Samas snubbed Cassper Nyovest's hit song Doc Shebeleza, but that wound is apparently still raw AF because no matter how much his fans pleaded with him to "come back" to the Samas stage, the rapper just ain't having it!

Fans of the rapper who watched over the weekend couldn't help but feel Mufasa's absence from the annual ceremony - and they flooded his TL to say as much.

However, Cassper made it clear that attending or participating in any Sama-related activity was not on his agenda.

In fact, the rapper said he'd rather take any other gig than go to the Samas. For him, the awards have no value.

"It's not negative. It's my truth. I would rather get paid to perform in another country than attend the Samas," he said.

Nah, I'd rather take a cheque over a SAMA. It doesn't have any value anymore. https://t.co/gLtOe8fRaR

It's not negative. It's my truth. I would rather get paid to perfom in another country than attend the SAMAs. https://t.co/CUl1H6jEOe

Meanwhile, Cassper was too busy collecting YouTube views over the weekend to have Samas FOMO.

The rapper, whose sexy music video for Move For Me is still riding high on the YouTube trends list since its release last week, has been focusing on the rising number of viewers and the fact that he's a "sex symbol" now.

"Forget it, Nadia. I love you lil' sis, but I had Jessica Burciaga in my video. She was in Playboy. What can you do to top that last shot of mine where I was naked? I'm too [far] gone. I'm a sex symbol now!" Cassper told Nadia Nakai, who teased that she planned to outdo Cassper with her latest music video - at least where sexiness is concerned.

We on 600 k views. I was telling .@jessicaburciaga people are watching the video cause of her & her body. She thinks the girls are watching it cause of me and my my body so let's settle this. Comment and tell me who got you hooked on the video: Watch Here: https://t.co/y0NZtozvwH pic.twitter.com/MjNOezLyNy