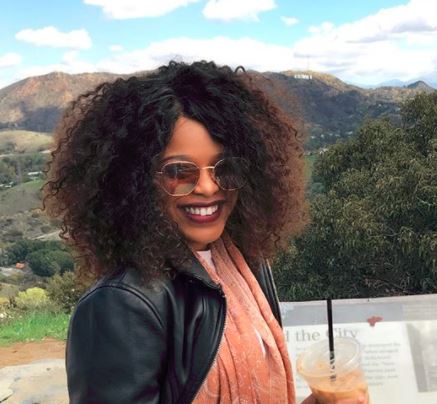 Lockdown fans couldn't believe their eyes after this week's episode showed what Masabatha's plan with Katlego has been all along.

Katlego's killing spree finally came to an end, which saw her get arrested and sent to the same prison her sister Monde is.

The same prison, where her cult leader and manipulator Masabata reigns from.

While fans knew from the get-go that Katlego would end up in prison, they couldn't have foreseen that Masabatha would turn the sisters against each other. So when Katlego started beating Monde up, the Twitter streets were chaotic!

Not only has Katlego's innocence disappeared into thin air, the evil in her has taken over and everybody who has watched Monde from the first season of the series knows that she isn't a criminal at heart.

Fans don't think she deserves to keep going through the most and they had the memes to show it.

Yay! Finally... incredible acting breathing life into what imaginings we had in the writing room. #LockdownS4 #LockdownMzansi pic.twitter.com/QMlY8OKMoD

#LockdownMzansi Masabatha ena she is worse... the lost sister has come to join us, ganti all along it was her plan pic.twitter.com/XjJ7mvKu6p

Ag fok!!!! I am breaking Celebrity out on the next episode. I am hurt😢😢😢💔💔💔 #Lockdown #LockdownMzansi pic.twitter.com/uaJZtGDckE

#LockdownMzansi
Monde doesn't deserve this.
People can be so evil.@zolanombona your talent is amazing, not taking anything away from your colleagues. pic.twitter.com/qAw7KcwlAw

Kim Kardashian West is convinced that 61-year-old Kevin Cooper is innocent for the murders he was convicted for in 1983.
Lifestyle
2 years ago

MultiChoice said Ntsiki appeared on a third-party channel and they therefore had "absolutely no editorial control" over her appointment.
TshisaLIVE
2 years ago