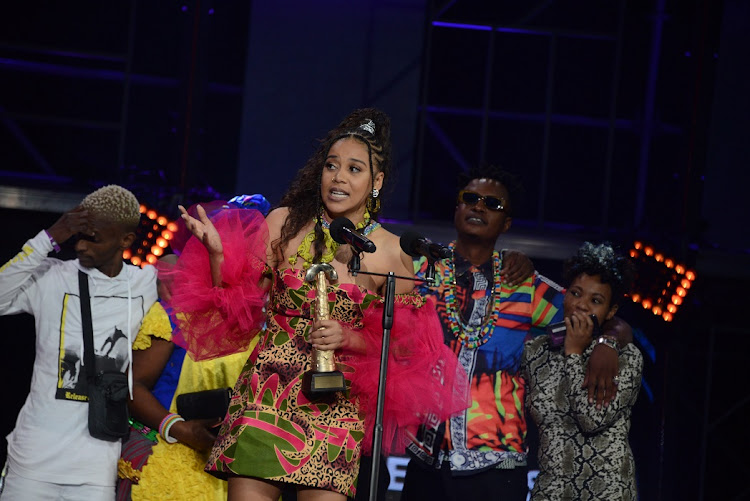 Rapper Sho Madjozi won two awards at the Samas and used the her speech to slam her ex.
Image: Gallo Images/Frennie Shivambu

There are a few people in Mzansi that have received as big an "L" as the one that Sho Madjozi handed over to her ex-boyfriend, first over the weekend and now on her trending music video.

The Tsonga rapper and poet used her award acceptance speech to let her ex-partner know that she's the last one standing and laughing all the way to a great and glamorous life.

And now there's a music video to emphasise the point.

Sho left Twitter in a messy state when she used the Samas stage to tell her ex on national TV just how much he had messed up by letting her go.

Sho was the toast of the awards, but not everyone was celebrating.
TshisaLIVE
2 years ago

While others felt that she was not over her unknown ex, others were living and breathing for her level of "pettiness".

Not only did she slam that poor guy on national TV, she announced that track two on her album was also dedicated to him, and released a music video to seal the deal.

The way she chants 'wena i dhomu waswitwa' over and over in the song makes sure the message was received wherever the ex is.

Watch the music video below.

Sympathy for Rea Tsotella's Khutso, but he must clean up his act

Looks can be deceiving.
TshisaLIVE
2 years ago

Kim Kardashian West is convinced that 61-year-old Kevin Cooper is innocent for the murders he was convicted for in 1983.
Lifestyle
2 years ago