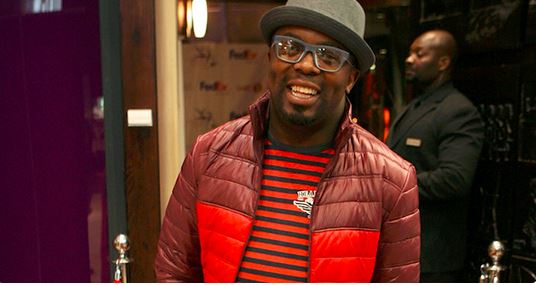 Musician Kabomo was heartbroken that he wasn't able to be there for his friend.
Image: Via Kabomo.com

It has been seven months since hip-hop veteran HHP died and those close to him are still struggling to pick up the pieces.

The country celebrated the star this past weekend when he was honoured with a Lifetime Achievement Award at the SA Music Awards (Samas).

HHP's close friend Kabomo was at the awards and told TshisaLIVE that he was happy to see his "big brother" get the recognition he deserved.

"I think the fact that he was the youngest person to ever receive the award, and the first hip-hop artist to receive it, speaks volumes about the man he was. I think that the award has shined a light on who he was as a human being: very kind, very open-minded, very loving."

He said the months following HHP's death were some of the most difficult of his life.

"I miss my big brother. He was my mentor and I absolutely love him. It has been hard. I have found myself wanting to just call him or speak to him."

In a social media post shortly after HHP's death, Kabomo reflected on how the pair had last met just two days before HHP's death.

"Two days before you passed to heaven, I called you to make a song for a compilation I had been producing. You came and smashed that record so beautifully. That's the last time you made music. God chose me to be the last person you made music with. How do I live with that?"

Speaking to TshisaLIVE, Kabomo said that HHP said things in that session that hinted at his death, which Kabomo said he only picked up on later.

"He said a lot of things that could have led to the idea of him passing away, but I didn't see it. So for me, I am dealing with a lot of those words still bubbling inside of me. I wish I could have done something, or said something. I hope it is a lesson that when our friends give us these signs, we should pay attention to them."

"We are not surprised as a family that it was left to the son because that was his dying wish and we will honour that."
TshisaLIVE
3 years ago

Khuli on HHP: 'He believed in us so much, and everybody had to follow suit'
TshisaLIVE
3 years ago