TswaraMoloi | Pastor Mboro is on a mission to stop witchcraft

'Believe it or not, witches and wizards are real and people are suffering because of them. I am going to end their reign of terror,' says Mboro 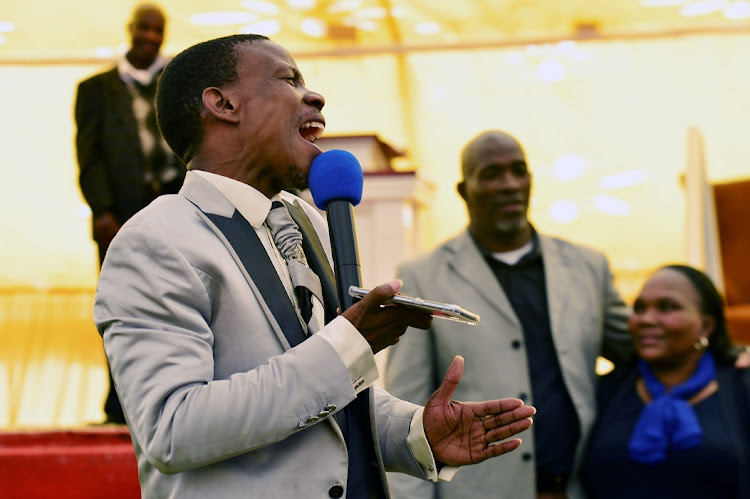 Pastor Mboro's latest crusade is sure to get tongues wagging as he intends on ending the "witches' honeymoon" in SA by helping victims of witchcraft find freedom from it's power through sermons and prophetic instructions.

Pastor Mboro told TshisaLIVE he was carrying out his latest revelation from God to help free his children from the bondage of "black magic".

The two-week crusade, called Destruction of Witchcraft, aka TshwaraMoloi, which started last Friday will continue until June 16.

"People, particularly black people, are suffering. Whether you believe it or not, witches and wizards are real and people are suffering because of them. I am going to end their reign of terror and will free their victims through prayer and the name of Jesus. We are going to show people that the power of God exists and is able to diminish all other powers like that of witches," Mboro said.

The pastor said God "laid it in his spirit" that he needed to prioritise this task. He said since he made the announcement, he's had many people come to him with "unbelievable" situations that only God could get them out of.

Mboro claimed that people had come to him when western medicine couldn't heal them or find what was causing their illness.

"People that don't believe in witchcraft find alternative reasons for why certain things are the way they are in their lives. However, there comes a time where no logic explanation makes sense and you need spiritual maturity to admit that other powers are at play in your life."

Mboro said there is no set way to get rid of witches and he knew he had to be careful with the manner of approach because he didn't want to incite violence.

"I know I need to be careful because as far as the law goes, witchcraft is a hard one to pin down. So I won't point anyone out, however, what will happen is people will confess and expose themselves then we will free their victims."

Pastor Mboro said he has asked all people who suspect that they are being bewitched to bring the soil from their yards to church, that way he will spiritually be in their home as he breaks curses and destroys the spirits and witches that were making their lives a living hell.

"I am dealing with a lot of those words still bubbling inside of me. I wish I could have done something, or said something."
TshisaLIVE
2 years ago

Lebogang lost his eyesight because his best friend stabbed him over a girl.
TshisaLIVE
2 years ago