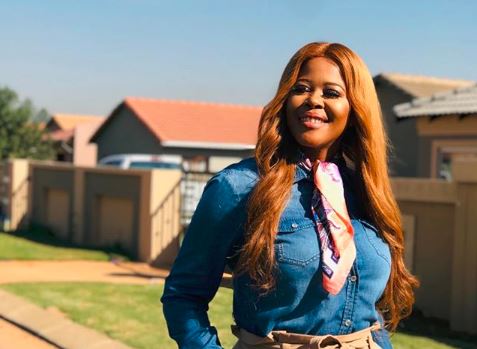 This week's  episode of Uthando Noxolo was jam-packed with emotions as viewers watched two former best friends try to find their way back into each other's lives after a girl caused them to "break up" after a nasty fight.

Atlehang damaged his best friend’s eye while fighting over a girl. Finally unable to live with the guilt for his actions and the absence of his best friend, he decided to ask the show to help him apologise. This after 11 years of them not talking to each other.

Tweeps were heartbroken as they met Lebogang, who cried as he expressed the betrayal he felt when his friend just fought him and didn't even give him a chance to explain himself more than a decade ago.

Lebogang's family was also visibly upset by what happened to their son.

When viewers watched Lebogang explain that he had tried to apologise to Atlehang, even when he wasn't the one in the wrong, they couldn't help but feel sad.

Atlehang damaged his best friend’s eye while fighting over a girl and now he wants to say sorry after 11 years of not talking to each other. #UthandoNoxolo Tues at 21h30 on Moja LOVE DStv Ch157. pic.twitter.com/yJDBKoajYR

Needless to say, tweeps were neck-deep in their feels.

They had the memes for this episode.

This evening's #UthandoNoxolo was really an episode that evoked so many emotions pic.twitter.com/BPT8Gg8zf6

Lebogang went to apologize even though he is the one stabbed #UthandoNoxolo pic.twitter.com/3UUW6M6PzE

Imagine being stabbed ten times for a girl who is not even your wife.💔💔💔

And I Understand The Frustration In Lebohang's Family. They Have Every Right To Be Damn Frustrated. Nobody Can Stand Having Their Son's Eye Popped Out. It's Hard To Deal With All That 😢#UthandoNoxolo pic.twitter.com/gGwrbUhOt2

Aaaaah Lebohang 💔💔 This episode is so deep.... I can't #UthandoNoxolo pic.twitter.com/GNhIfGaluC

"I am dealing with a lot of those words still bubbling inside of me. I wish I could have done something, or said something."
TshisaLIVE
3 years ago

"Ni***s want to prove how far they will go alone. We'll never catch up," Cassper reasoned
TshisaLIVE
3 years ago

Ayanda Borotho: This 'staying in our lane' uprooted our Ubuntu

Dineo Ranaka is now a DJ, whether you like it or not.
TshisaLIVE
3 years ago