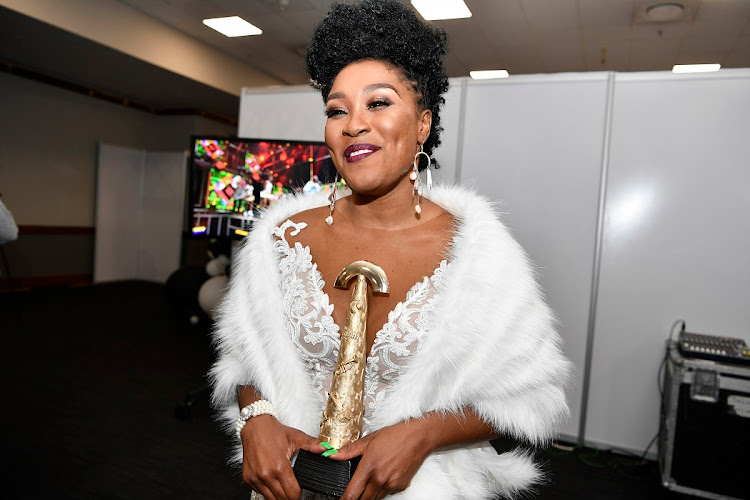 Lady Zamar recently won the Lady Zamar has won the Sampra Highest Airplay of the Year award for her song 'Collide' during the 25th annual SA Music Awards and now the artwork for her new album is out.
Image: Gallo Images/Lefty Shivambu

After what felt like an eternity for Zamartians, Lady Zamar has finally dropped the album art and song list for her latest offering, Monarch and if the song titles are anything to go by, this may be the most vulnerable she's ever been on an album.

When Lady Zamar told her fans earlier this year that she would bare her soul in her upcoming album, they couldn't have foreseen that it would have 20 tracks.

"This album is about great music but more than that it's about healing, expression and just opening myself up in song. The songs let people know that I love deeply and that I fall deeply too.

"It took me a while to open up as I have on this album because I've always been such a closed book. But here, at my own pace, people get to see the real me, imperfections and all," Lady Zamar told TshisaLIVE

Some of the tracks on the album are titled Dangerous Love, Addiction and Be Mine, plus her latest single This Is Love, which talks about being taken for granted.

The musician, who is still raking up awards for songs from her previous album King Zamar, said after getting over the pressure of matching the bar that she set, she realised that great music is music that people could relate to.

So that's what Lady Zamar did and soon everyone will be able to cop a copy. Here are the stills she released on Wednesday that left Zamartians in a frenzy!

Official Tracklist for your pleasure.. pick your faves if you can😁💞🦋

Ayanda Borotho on women 'losing themselves' in a marriage

Ayanda has some pearls of wisdom to share.
TshisaLIVE
3 years ago

Zodwa shuts down 'plastic surgery' questions: There's nothing to fix on my face

Sis ain't never going under the knife to change her face but she ain't planning on ageing either!
TshisaLIVE
3 years ago

Lebogang lost his eyesight because his best friend stabbed him over a girl.
TshisaLIVE
3 years ago