Say what? Rolene Strauss is set to release a book

Former Miss South Africa and Miss World Rolene Strauss is set to add author to her growing list of titles, after she announced this week that her book, Reflections from the Heart, is set for release in October.

She dropped the big news during a video on her YouTube channel dealing with assumptions about her.

Rolene touched on speculation that she is pregnant, has never been broke and has had plastic surgery.

All of which will no doubt be addressed further in her book.

"The book's name is Reflections from the Heart, and (it's) filled with a lot of reflection, personal stories, things that I've learned, and I can't wait to share that with you."

She said the book was finished about two months ago, adding that its release will fulfil a long-time dream.

"I actually finished it at the end of April, and the book will be launching in October this year. I'm really excited about that. I've always wanted to write a book." 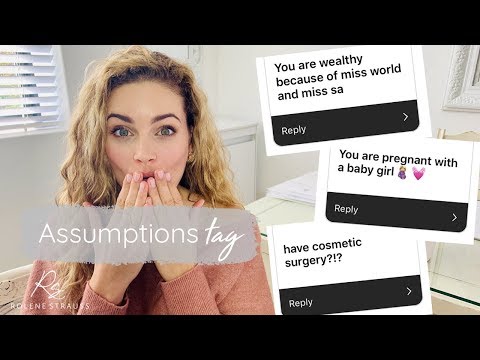 Hinting in December 2017 at the possibility of writing a book, Rolene said she had decided not to do her medical internship immediately, but focus on the book and other motivational projects involving women.

"I look forward to a wonderful new year and to the future with my husband and baby boy finally under one roof. I would like to thank everyone who has supported me during the arduous but fruitful past few years as Miss South Africa, Miss World, medical student, wife, mother and now medical doctor," she added.

In an interview on 702 late last year, Rolene also revealed plans to release a spoken album later this year called Secrets to My Growth.

The album will capture her thoughts and personal stories as she seeks to motivate and inspire women.

"This (the spoken album) is basically a few life lessons I would have wanted to tell my younger self, my children one day and lessons I have learned from my mentors," she explained.