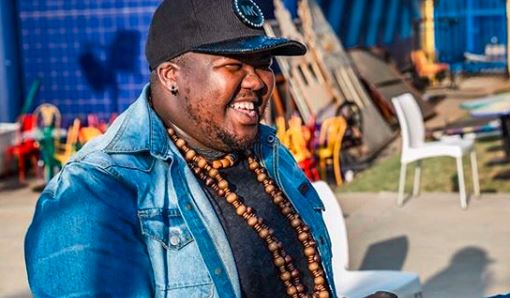 Heavy K was reminded of where he started as a musician.
Image: Instagram/Heavy K

Heavy K was backed by a lot of people over the weekend when he gave a hot clapback to a tweep who thought that dissing the "typical" setting of upcoming DJs would earn him retweets, likes and Twitter fame.

The tweep posted a snap showing an unknown man seemingly producing music in what looks like a self-made home studio with a caption meant to mock him.

While the guy may have expected that his tweet would get some attention, he obviously didn't anticipate the backlash he would receive - particularly from an artist as famous as Heavy K.

The Wena hitmaker said the studio in the photo reminded him of his own humble beginnings.

This is where I come from... https://t.co/j1EZvGXJKz

Other tweeps also jumped on the user who posted the snap, asking him to be a little more respectful and not try to embarrass artists who come from poor backgrounds.

Some even listed other celebrity producers who started off in similar settings, such as Black Motion, Heavy K, Sun-El Musician, Black Coffee and others.

That new project will BANG harder than any album that’ll come from well established studios. Ask your favorite artist/producer or Record Label. 🔥🔥🔥🔥 https://t.co/d8F6AuWkex

The best house music producers in SA started like this, ask Bo Black Motion, Heavy K, Sun-El Musician, Black Coffee...if not all of them. Even upcoming are in a setup like this and bayayisusa kunjalo 🎶👌🏾 https://t.co/XSbE2PKIw7

Don't be dissing other people's hustles, fam, because if the stories of Black Coffee or Heavy K are anything to go by, then you might have to swallow your words!

"At the end of her days she had struggled to breathe. She was not swallowing anymore. She was compos mentis. Although it is an incredible tragedy for ...
TshisaLIVE
2 years ago

Gabi, Kgomotso & Pasi on being judged for shopping at regular stores

It's tough being a celeb in Mzansi, fam...
TshisaLIVE
2 years ago

Papa Penny on being mocked: You can laugh all you want, I'm living my dream

SNAPS | From a yellow Lambo to a yellow Porsche! Khanyi buys R1,5m ride