Papa Penny on being mocked: You can laugh all you want, I'm living my dream 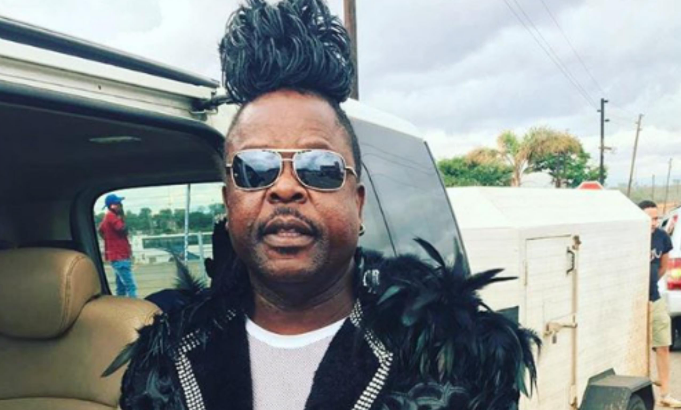 Papa Penny won't let anything stop him from chasing his dreams.
Image: Penny Penny via Instagram

Even though Papa Penny has been in the industry for many years, he still deals with people who question his ambitions and laugh at him for what he has become. But for the reality TV show star it doesn’t matter, because he’s living his dream.

Papa Penny said he knew he wasn’t immune to failure, but people making a mockery of him would never stop him from chasing his dreams.

“I have been here for a long time, there is nothing that people could really say to me to make me quit or to make me change who I am to suit them. I decided a long time ago that I would try everything I think will work out for me. Sometimes it didn’t work out, but I am not the type to give up. People can laugh at me all they want, but at least I am living my dream.”

The Tsonga disco icon has been the butt of jokes on social media for the way he speaks English since the beginning of his reality show.

Lately, it has been his many plans that have left viewers in stitches. His dream to act, his idea to have an avocado orchard, his desire to lead a polygamous lifestyle and his funeral cover business are just a few of the things that have made Papa Penny a joke to others.

But disco veteran says he didn't mention Julius Malema by name - only a "stupid boy" named "Salema".
TshisaLIVE
3 years ago

However, he isn’t fazed by any of it.

He said he had been in the industry for so long that the people who mocked his hair and the way he dressed when he started now admired him.

“ That’s why I’m not worried when they laugh because I know that even when they hide it, they admire me. My style and who I am has opened doors for me and just next month I’m heading to the UK. Just because I am Penny Penny,” he said.

Papa Penny told TshisaLIVE that he would spend more than two months in the UK handling some business and also performing and promoting some music. He said he had quite the fan base in the UK and, after the success of his latest song, Silima, and the remix to one of his hits, he was an artist in demand.

'Kukithi La': He moved into his late mother's house & changed all the locks

It all nearly came to blows on Thursday night's episode as malume came face to face with his family.
TshisaLIVE
2 years ago

WATCH | Somebody needs to stop the Beyhive's cyberbullying!

At this point, The Hive seems to be 'embarrassing ' their own Queen Bey
TshisaLIVE
2 years ago