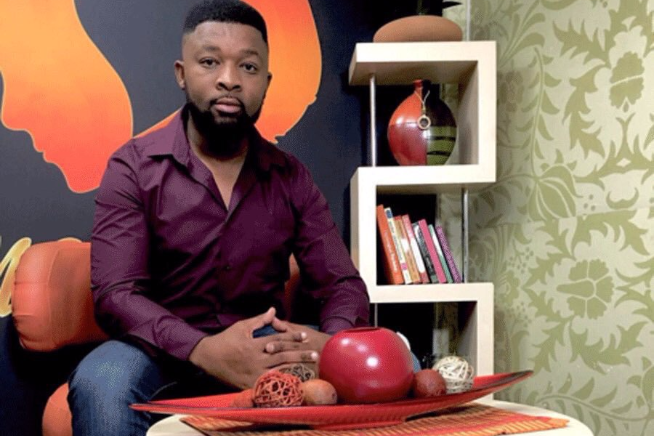 Nyan Nyan left viewers in disbelief after Chabedi denied every claim thrown at him with the coolest demeanor and the statement that his wife now wants an open marriage!

The show often sees couples admit to their wrongdoing and confess in order to initiate the process of healing or fixing the relationship. However viewers were left with an overwhelming feeling that the particular couple they saw won't be able to fix things.

The biggest problem was that Chabedi was not willing to admit to any wrongdoing, even through it was evident that something wasn't right. He was accused of giving away a sum of over R13k to sidechicks but he insisted that it was a gambling problem and that he lost that money betting on sports. Horses to be exact.

Sis was not willing to accept the story and even though she didn't get a confession, she proudly told Chabedi that she wanted an open marriage. If he could cheat, so can she.

Best believe tweeps had memes galore for that!

I wonder if Chabedi's side chicks know they are "horse betting" #nyannyan pic.twitter.com/OTPngGz0w3

#NyanNyan chabedi for President.. The guy knows the Bro codes, no matter what stick to your story no matter how lame it is 😂😂 pic.twitter.com/5N5uf97im7

#NyanNyan If this guy is really not cheating he's a serial liar, cause he's so genuine and I believe him. pic.twitter.com/Rltip78kVv

I'm also a sports betting person but so much money a month #NyanNyan pic.twitter.com/O6bTxFp91j

Chabedi is caught between a rock and a hard place #nyannyan pic.twitter.com/nXvUWXOUA1

Chabedi is a cheater that hates to be cheated on! Typical #NyanNyan pic.twitter.com/vzCX74MeB1

Can Tshidi please contact uYajola 99 ASAP because this man is not agreeing to his cheating ways #nyannyan pic.twitter.com/rh96I4aeaB

Today the lady is on NyanNyan. Next time she will call Jub Jub#NyanNyan pic.twitter.com/xBt5EVBdYH

As a young boy all Trevor Noah wanted was to be able to afford enough food.
TshisaLIVE
2 years ago

Nomzamo Mbatha remembers past hardships & her gran dying in her arms

"It's easy for them to judge looking from the outside. However, they don't know the real (story) or what is really happening," the young rapper said.
TshisaLIVE
2 years ago