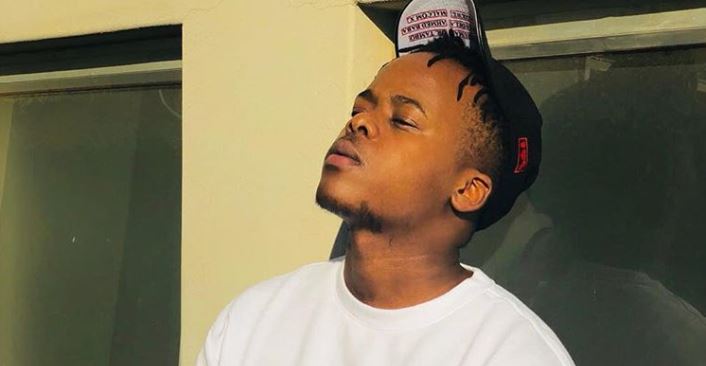 The latest hot thing from Ambitiouz Entertainment is a lyrical wordsmith known as Kid Tini, and the rapper has shared why he’s determined to keep his head down and make headlines for his music only.

From his days of making music to stay out of trouble in the dusty rural areas of Butterworth, in the Eastern Cape, Kid Tini is now a well-recognised voice in the hip hop game. The rapper told TshisaLIVE that he couldn’t mess up his chance by being “hooked up” in drama because music was his plan A to Z.

“I finished matric and I knew, I had already made up my mind, about how I was going to make my mark in the world and make my money. Music was always the plan and I won’t let anything ever distract me from that goal,” he said.

"It's easy for them to judge looking from the outside. However, they don't know the real (story) or what is really happening," the young rapper said.
TshisaLIVE
2 years ago

And for all those who thought he was a fleeting flame, his latest collabos with the OGs of the game say otherwise!

“I played the song for the OG. I played it for Stogie first and he loved the beat, and sent a verse back as soon as I sent the beat to him. And with Styles, we heard he was in the country and we jumped at the chance to play the song for him, and when we did, he really liked it. So we linked up and went into studio to make the song.”

The 21-year-old said producing the song was pretty amazing, because the mere fact that Stogie T and Styles AP were willing to make it with him meant they recognised his potential to be even greater than he is today.

“I’ll admit having the two of them receive me the way they did felt pretty special. These are people that I was listening to and being inspired by as I came up and as I grew up. For them to be on my song is really humbling; a very special moment in my career.”

Watch the music video below.

Queen B is also the queen of cool as far the kids are concerned!
TshisaLIVE
2 years ago

Emtee’s next move: 'Being independent isn’t for someone like me'

Emtee is at a crossroads.
TshisaLIVE
2 years ago

KO: You’ll burn out trying to chase an old version of yourself