They fought over arms and abs 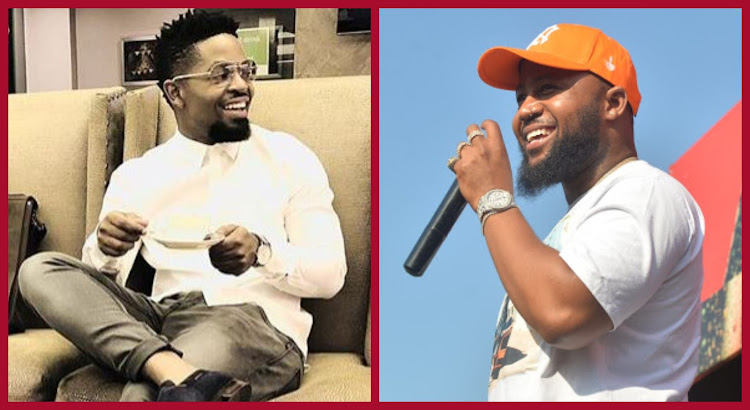 If you are not fighting over abs and arms in 2019, you are clearly not superstar status and should check your life.

Twitter was shaking over the long weekend when two of Mzansi's biggest musicians, Prince Kaybee and Cassper Nyovest, threw shade at each other worse than a forest.

It all started when a fan responded to a snap of Kaybee showing off his muscles by suggesting the man was inspired by Cass.

Kaybee, who had surgery to remove fat in his breast area in 2017, was not about to let someone else shine for his body achievements and hit back with a spicy clapback mocking Cass.

"So you think my arms were inspired by someone who doesn’t have them?" Kaybee wrote.

So you think my arms were inspired by someone who doesn’t have them? https://t.co/NNMYEMBuer

Enter Cassper, who felt the shade and hit back with his own claims that Kaybee was using Photoshop to make himself look good.

He added that Kaybee had "bad b*tch tendencies".

"If only you could stop editing your pictures to make your waist smaller. You have bad b*tch tendencies," Cassper wrote.

If only you could stop editing your pictures to make your waist smaller. You have Bad bitch tendecies. https://t.co/gZstE3l31k

Kaybee came back with his own diss, calling Cassper a "shotpan", the name for male underwear, and then flexed on the people.

Tag me when Shotpan reacts to the “Ok Shotpan” reply, I’m in studio in England with Mafikizolo but I’ll leave my phone on LOUD😊

"This is the end of this one for me. A fan turned a hater for no reason. You make good music man. Concentrate on that, and stop being a bad b*tch!" Cassper wrote.

To think i wanted to tweet homie yesterday about how amazing his catalog had become and how i love Gugulethu. Then i wake up to tweets like that? Lol... Batho ba rata go sogela batho. That dude is such a bad bitch.

This is the end of this one for me. A fan turned a hater for no reason. You make good music man. Concentrate on that, and stop being a bad bitch!!!! pic.twitter.com/KMDY2tTf2w

Celebs and fans flocked to social media to react to the spicy exchange, with both Cassper and Kaybee trending on Twitter.

Gentlemen @casspernyovest @princekaybee_sa i will pay top dollar to see this showdown,make it happen somblief 🙏🏾😂💪🏾

In the end, Prince Kaybee made it clear that it was all love- he just has bigger arms.

You still my hero, love you to bits blackchild for what you have done for the industry, but I just have bigger arms https://t.co/WEMa3q76lS

Cassper Nyovest on hospital scare: I was going too hard and crashed

Cassper was soon back in action, performing on stage.
TshisaLIVE
2 years ago

"I'm gonna need you to be strong for yourself," Cassper encouraged victims of cyberbullying.
TshisaLIVE
2 years ago

Fans didn't understand why the DJ would ever put work before family.
TshisaLIVE
3 years ago