The Afrikaans singer is giving away R20,000 to the winner 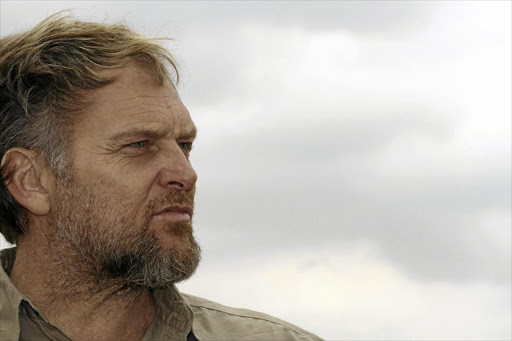 Steve Hofmeyr is serious about getting fans to destroy their DStv decoders, raising R56,000 to give to nine fans who do so in the most creative way.

Steve called on his supporters to destroy their DStv dishes and decoders after MultiChoice announced last month that it was boycotting the star and would remove all content featuring him from their platforms.

In the aftermath of the boycott, Steve told fans that he was arranging a "special funeral" for his dish and encouraged fans to do the same.

The competition that has been going on for over a month is set to end this week when Steve announces the winner of the competition.

Taking to Facebook this week, Steve revealed that he was upping the prize money from R10,000 to R20,000 after collecting R56,000 in sponsorships for the competition. He also listed who had donated what prize money.

In a statement to TshisaLIVE last month, MultiChoice said it was "committed to the building of a non-racial society and strongly condemns any acts of discrimination".

"MultiChoice is proud of its support for Afrikaans, not only our investment in content for our DStv platforms, but also our sponsorship of festivals, events and the broader Afrikaans performing-arts sector. Our commitment to Afrikaans and all local languages will not change ... We welcome a society where freedom of speech is celebrated, however we take a stand against racism."

The decision drew mixed reactions from South Africans, with many calling out MultiChoice for censorship and double standards.

But how was he watching the show if his decoder was braaied?
TshisaLIVE
2 years ago

Hofmeyr said the minute the old SA flag is banned, "it acquires value".
News
2 years ago

Five must-read stories on Steve Hofmeyr and MultiChoice- From the banning of his music video to his DStv subscription cancellation.
TshisaLIVE
2 years ago