The Queen’s Jerry nabbed Harriet, but has he been played? 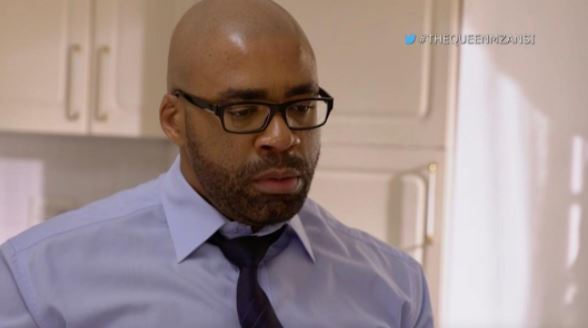 It was drama galore on Monday night's episode of The Queen when detective Jerry Maake finally swooped in on Harriet for doing drugs in an epic airport scene.

Jerry and Vuyiswa followed Harriet all the way to Durban, with the hope of catching the drug lord red handed during what she claimed was her last big delivery.

And after a confrontation on the golf course, Jerry finally got his chance to nab Harriet while she, Kea and Gracious were on the way to a flight out of Joburg.

The group walked into an empty airport and were immediately suspicious. As they looked around Jerry and Vee walked towards them from the far side of the hall and cops burst through the door.

While Jerry was in Durban, Kagiso was arrested for drug dealing in Johannesburg.

It was a glorious moment for those who were #TeamJerry but others were not happy with the arrest and called for malume to give her a break.

Others suggested that the substance he found in Harriet's bags were actually baking soda and the cop had been played.

Fans of the show made their opinions known through hilarious memes and messages.

#TheQueenMzansi South African are supporting criminals 😂😂😂😂 the whole country is hoping that that isn't drugs but something else, they are crying for Khozas not to go to jail.... pic.twitter.com/vPY4JPjspu

#TheQueenMzansi got me dreaming about what could’ve possibly went wrong 🤣🤣🤣🤣🤣🤣🤣 almost got it until my 2 year old daughter woke me up to go to the bathroom 💔💔 pic.twitter.com/AqX2tXLqEw

Kwenzakalani lah The Queen is climbing up to my Top 5 series and soapies list #TheQueenMzansi pic.twitter.com/xro7Ivg9iN

This really can’t be the end of the Queen.. like just when i celebrated that Kagiso finally got a hot girl by his side then BOOm he gets arrested in the act… but the lesson is learnt don’t jump the gun and celebrate too prematurely #TheQueenMzansi pic.twitter.com/YEJSnlOeWH

I wonder why are the police only arresting these two guys, and not the drug dealers. #TheQueenMzansi pic.twitter.com/zM11TaqtTp

Harriet & the gang will get caught! Jerry will win this round #TheQueenMzansi pic.twitter.com/luKoJ6GSTq

Jerry le Vuyiswa need to actually mind their business and not other people's.#TheQueenMzansi pic.twitter.com/1MbBjKdCRQ

#TheQueenMzansi
Did you y'all see how Goodness Nearly Fainted When She Saw Vuyiswa and Jerry😂😂 pic.twitter.com/DVKP3Tbc7Y

Wait! So..Harriet thot of that plan to fool Jerry Maake but she ddnt think of a better way to transport the drugs?? #TheQueenMzansi what bafoonery is this?? pic.twitter.com/M85ViTc57h

It seems that sometimes snitches don't get stitches.
TshisaLIVE
2 years ago

Kea wants to take over the family business in The Queen: Tweeps ain't convinced

Does she have what it takes to run the business?
TshisaLIVE
2 years ago