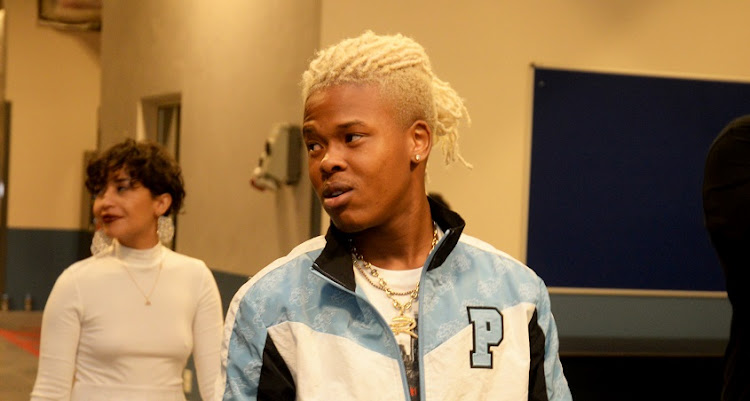 Fans of rapper Nasty C are floating on cloud nine after the rapper finally confirmed their suspicions that there's new music on the way, and, from the looks of it they have good reason to be excited.

The rapper, whose album Strings and Bling has won awards and the hearts of hip-hop fans, shared the news of a new album. He explained that it was because of the unwavering support from his fans that he felt it was time to drop another project.

"Y'all got me in my feelings right now. I love all of you, even the ones that don't wish me well. If you a real hater, I respect that because you are real. I won't be taking my foot off your neck though. Get comfy. Album soon," he said.

As the hype gets hotter, here are five reasons why it looks like summer is gonna be litty!

It has an interesting title

You just want more champagne, but you should get more shampoo 🤮Zulu Man With Some Power 💪🏾💪🏾💪🏾💪🏾💪🏾💪🏾💪🏾💪🏾 📸 @eyesofteddy #FindYourMagic

The rapper has already hinted some awesome international collabos.

LOOK @ GOD. I’m in PORTUGAL & right in the middle of DOING WHAT I LOVE I GET A DM FROM THE PERSON WHO IS THE REASON I DO WHAT IM DOING, TELLING ME TO CHECK MY MAIL... AMAZING VERSE ON MY FAVORITE SONG I CANT WAIT TILL YALL HEAR THIS SHIT❗️THANK YOU GOD FOR T.I.P BLESS HIM MORE

My fans been good to me ♥️ I got treats for y’all this summer! Drop a 💪🏾 IF YOU READYYYYY!!! #ZuluManWithSomePower pic.twitter.com/g1WgLYD6Yt

Nasty may introduce some new talent through his #LiftAsYouRise initiative.

#LifeAsYouRise the amount of talent is unbelievable. Thank y’all for not sleeping on yourselves. Something will happen

Nasty has been skipping sleep to make it happen!

Studio is all I know these days. I’m not even eating much I was JUST chubby a week ago 🤦🏽‍♂️

Nadia Nakai's outfit was a lot or a loss, depending on who you ask
TshisaLIVE
2 years ago

They fought over arms and abs
TshisaLIVE
2 years ago

'I finished matric and I knew, I had already made up my mind, about how I was going to make my mark in the world and make my money'
TshisaLIVE
2 years ago