'The Queen’s' Mmabatho had one job and now EVERYONE is angry!

Actress Motsoaledi Setumo has responded to the insults she received for her character's actions. 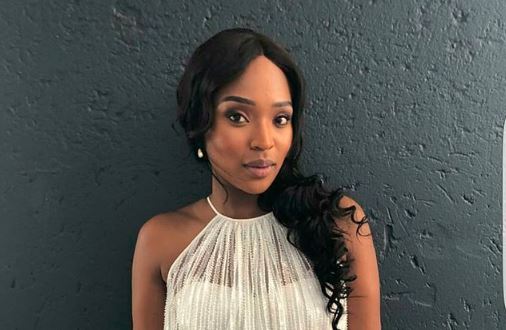 The Queen fans think they have found their very own Mabena after Mmabatho was given the task of destroying evidence and failed dismally.

Mmabatho has been learning the tricks of the trade with the Khozas, but panicked on Wednesday night's episode when she was asked to destroy records of the family's drug trade.

In a flat panic and crisis of conscience, Shaka's makoti didn't dump the book, burn it or move it for safekeeping. Instead, she destroyed one page at a time.

She had only just started when the cops walked in, confiscated the book and a laptop. That means that Harriet and her family may be found guilty on the evidence in  the book and on the laptop.

It was frustrating for tweeps to watch and soon Mmabatho's name was trending high up the Twitter trends list, as angry fans slammed her for her actions.

Actress Motsoaledi Setumo, who plays Mmabatho, was also flooded with angry messages and she took to Twitter to tell tweeps to stop insulting her.

"The problem is thinking Mmabatho is behind this account. I truly understand your frustration. And I don’t mind you going in on my character, call her what you must. There’s a whole hashtag for that, have fun. Mare tag me and insult me o tlo nyela!

"There is a proper way of expressing your frustration about a show without insulting the talent. Le tlwaela batho lona!"

Disappoint me Mmabatho please, I knew it Mmabatho 🙆🏾‍♀️🤦🏾‍♀️😭💔😠🤬🖕🏾#TheQueenMzansi pic.twitter.com/sVyWAQTnVu

Mmabatho is the biggest moron of all time, like I'm so annoyed I even forget it's just acting #TheQueenMzansi pic.twitter.com/jcCLrMW6jN

Can Shaka apply for divorce in prison I don’t want Mmabatho to use the Khoza surname, she is not a Mkhathini 🙄🙄 #TheQueenMzansi pic.twitter.com/OA7Ld9zHNU

I hate Mmabatho right now. All the time she wasted could have been used to burn the evidence🙄 #TheQueenMzansi pic.twitter.com/WuwYSaiOA4

The Queen’s Jerry nabbed Harriet, but has he been played?

Was that baking soda he just tested?
TshisaLIVE
2 years ago

It seems that sometimes snitches don't get stitches.
TshisaLIVE
2 years ago

If this is real love, tell us where we can sign up for it.
TshisaLIVE
2 years ago