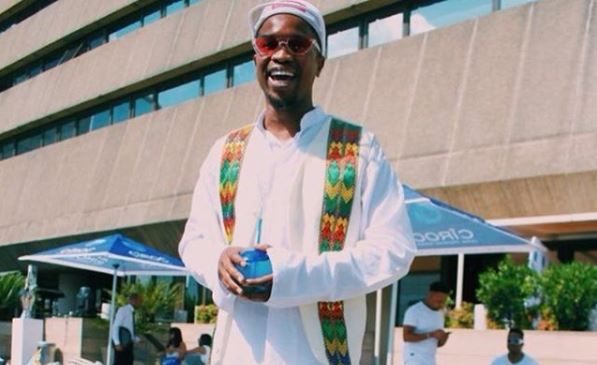 Scoop got some things off his chest.
Image: Via Scoop's Instagram

Scoop Makhathini has moved to clear the air on misconceptions about him, calling out those who try to silence people like him because they are being criticised.

Scoop is by far one of the most outspoken celebs in Mzansi, recently calling out artists he claims have given up control of their art for money and fame.

And while he is often criticised for his views, Scoop fired back this week with a fiery message on social media.

Sharing a series of videos and posts about artists copying the styles of others, Scoop wrote about being perceived as angry and bitter towards other artists when he raised such issues:

"Peeps always want to make it like you don’t know what you are speaking about and want to dismiss you as angry. No, its not anger, it's indignation. It comes from a righteous place."

He said some people tried to silence him in a bid to stop him exposing what they were doing.

"They just don’t want you to speak so that you don’t wake up people to the bull they do," he wrote, adding that if criticism came from international stars people may listen.

Scoop said it was part of being a "pioneer" in the industry and he wouldn't let it get him down.

"To my kids. This happens to all pioneers. Never lose your spirit and keep the fire burning," he added.

Scoop says he lost out on coins because of a hack.
TshisaLIVE
3 years ago

Scoop Makhathini to performers: You gave up control of your art for money & flashy things

As far as Scoop sees it, whoever has the money controls the art on these streets.
TshisaLIVE
3 years ago