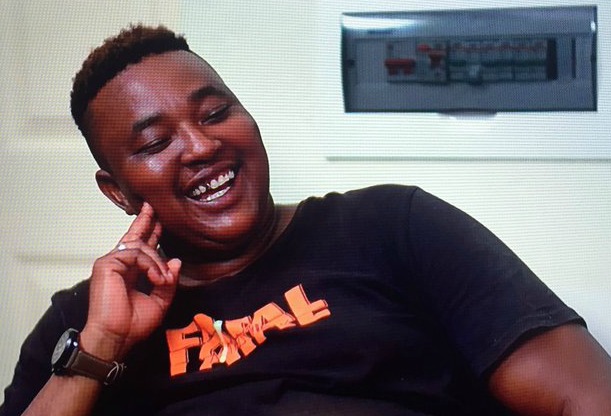 Date My Family's bachelors usually leave viewers shook with their mannerisms and Mzansi ready to distance itself from them, but not Collen from Pretoria. Collen, the taxi operator (not taxi driver - apparently there's a difference), managed to impress viewers with his authenticity.

Instead of pretending to be something or someone he's not, Collen straight up told the families of his potential dates that he works as a taxi driver (or, in his words, taxi operator). Collen was so genuine and humorous that tweeps couldn't find one thing they disliked about the kasi guy.

His treatment of the families, particularly family number one, where he found a cockroach in the food, gained him a lot of fans. Instead of being dramatic, he casually told the family about the roaches and laughed off their embarrassment.

Overall, the fact that he was proud of earning an honest living with his taxi and his winning personality made him one of the best bachelors DMF has ever had!

We (yes, even us) have all decided to stan! Collen the taxi operator for the win!

Here are the memes to prove it!

#DateMyFamily Love That Explanation ya what a taxi operator is and what a taxi driver is,now we know pic.twitter.com/SrXFS3Vo4a

Appreciation post for The Taxi driver #DateMyFamily He was so real😍😍 pic.twitter.com/56negAJuwS

I agree.. He showed so much respect and wasn't judgemental even after the cockroach 😂😂😂 he wasn't rude about it.. Ay Collen is a sweetheart shame.. Mara if he was a Bree taxi driver(soweto side) .. Hay angazi😂😂 #DateMyFamily https://t.co/V1MUdkMMlM

Moguy has a great sense of humour and he's proud of his taxi driving job.I stan. 👏 👏 😃 #DateMyFamily pic.twitter.com/pYVFmNkjMW

Thou shalt not judge a person's occupation, Ubuntu 101.......#DateMyFamily pic.twitter.com/CnjdiLbFur

And there's nothing wrong with being a Taxi Driver. I mean he's making money, putting food on the table. Some men aren't doing anything, just fucking nje. Let's appreciate 😉#DateMyFamily pic.twitter.com/J6EyL7SdIl

#DateMyFamily can we celebrate Collen for embracing his job that is mostly associated with being illiterate. But he loves it! His proud of it! Can his taxi association make him chairman please pic.twitter.com/DOpTG8lxxf

It's so refreshing to watch a group of people still giving the same amount of respect after the guy told them he's a taxi driver #DateMyFamily #DMF pic.twitter.com/hUQlutSh4h

AKA's mom on Zinhle: She and I are friends and confidantes

No matter what happens between AKA and DJ Zinhle, Glammy is certain Zinhle will always be family!
TshisaLIVE
2 years ago

The 'Huku' superstar made history as the first female South African artist to win a BET.
TshisaLIVE
2 years ago

Katlego Danke drops some wisdom: Check your own insecurities