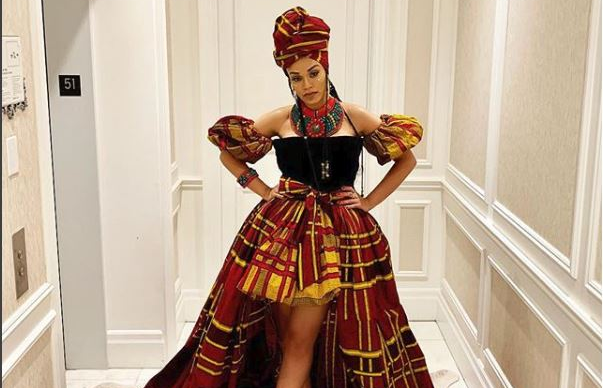 Pearl Thusi has weighed in on violence in America.
Image: Instagram/ Pearl Thusi

Actress and TV host Pearl Thusi has weighed in on the alleged police brutality in America, sharing her outrage on social media.

The behaviour of police toward black Americans has come under the spotlight recently largely because of the Netflix series When They See Us, which recounts the real-life story of five teenagers who are falsely accused and jailed for an alleged murder and rape in Central Park that they allegedly had nothing to do with.

While people across the globe are still trying to process the issues that the show highlighted, Pearl weighed in on the debate around police in America.

Sharing several posts about inequality and injustice, Pearl vented her frustration and asked why "can't black people just be allowed to live" in America.

"On the real though... American policemen and women are doing a lot. Jesus. Can't black people just be allowed to live?!?!" she wrote.

On the real though... American Policemen and women are doing a lot. Jesus. Can't black people just be allowed to live?!?!

Her comments sparked a massive debate in the comments section, with many calling for African Americans to be treated fairly.

Pearl's comment echoed the sentiment of several other celebs, including Thando Thabethe and Salamina Mosese.

"If it makes us this emotional just to watch this, imagine what it was like for the parents and families of these boys to go through this. No one can convince me that black people know true freedom. Not here...and certainly not in the US, either," Salamina wrote in a series of tweets after watching the show

'When They See Us': a gut-wrenching story of race, class & injustice

Based on the true story of The Central Park Five, this Netflix docu-drama series is about being young and black in the wrong place at the wrong time
Lifestyle
3 years ago

Did Pearl do a good job or did she get played?
TshisaLIVE
3 years ago

POLL | Does Pearl Thusi do a good job on 'Behind The Story' or nah?

Is she good or nah? You tell us
TshisaLIVE
3 years ago