OPINION | For how long will white people be Ray Charles about white privilege? 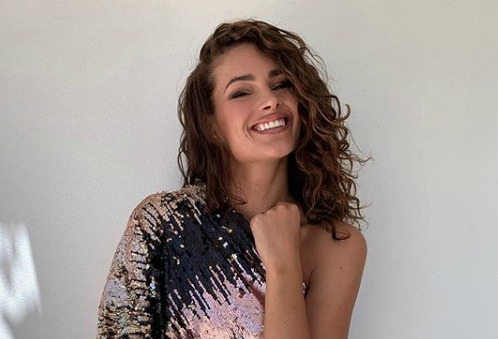 I’ve found myself in white privilege debates of late and the more I hear and read people, particularly white people’s take on the matter, I’m inclined to believe that they really don’t see what we see.

Could it be that white people really don’t see their white privilege?

I ask because I recently watched the breathtakingly beautiful Rolene Strauss, former Miss SA and Miss World, straight out deny having “privilege” and I was quite confused.

I was confused because my standpoint has always been that by merely being a white person, in SA and in the world, the privilege is there. Whether you acknowledge it, deny it, use it, despise it, are embarrassed by it, fight against it, benefit from it or are “cursed” by it… it is there.

Rolene has taken a liking to YouTube and now shares parts of her life with her followers on her channel as a vlogger (which I should already note here as privilege, but it’s too soon, so ignore for now). In one of her recent videos, she asked her followers to send her the assumptions they had of her on Instagram and then she would address them on her vlog.

And in that video she addressed the assumptions that she was privileged.

What is privilege? Well, privilege simply refers to a right, advantage, or immunity that only a particular person or group get to enjoy. Not necessarily wealth, but most of the time it manifests in that way.

After all those pageants and conversations she’s had with people (both privileged and not) all over the world, I am certain she knows more than the dictionary version.

So I was a bit shocked when it became evident that she doesn’t seem to think that she has privilege. I mean because not only is she white (which means white privilege is always at play) but she’s also well-off (which she, er, denies).

Firstly, I laughed as I watched her deny having privilege in her video which was shot in a beautiful house (one I assume is her home – which by the way is located in one of SA’s most EXCLUSIVE estates) on a great quality video camera (picture quality doesn’t lie) and read her Instagram comments from one of the latest Apple phones. Privilege.

Then I continued my giggle fest when she spoke about her having her perfect white teeth filed because they weren’t even (many in SA don’t have a medical aid, let alone money for the dentist) and how even though she doesn’t always eat healthy, she always eats a balanced diet.

Say what? Rolene Strauss is set to release a book

The book is on its way and should be in stores by October.
TshisaLIVE
2 years ago

Once again, let’s all laugh together because a balanced diet is a struggle for most SA families. Privilege.

Then when asked about her studies and when she’ll finally become a medical practioner, she said while she will eventually become one after doing her community service she still had too many opportunities in that needed her urgent attention and so she would pause that until further notice.

Now, I don’t know about you, but I know that if you are studying to be a doctor, your mission –usually - is to the hurry the F*** up and graduate so that you can employed and take care of your family and if you are black, to sign up for black tax like those that came before you.

I have never in my life – except for the #feesmustfall era, heard a medical student talk about pausing the completion of their studies because they have other things to focus on… unless lack of funding was holding them up. So once again, privilege.

But this was the crown jewel. When asked about her privilege (having it just a little easier than the next person) and coming from a well-off family (which is the common denominator of white privilege) she flatly said no.

Rolene Strauss and her family jetted off for an island vacay.
TshisaLIVE
2 years ago

Later in the video, Rolene was willing to admit that her titles (Miss SA and Miss World) give her an advantage but that’s as far as it goes for her and she deserves that because she worked hard for it.

Now I know most of you are going to take this the wrong way… I mean Rolene is so kind and more than that she’s worked hard to get where she is. I want you to know that I am not taking anything away from her. She did work hard, she still does, but privilege played a huge-a** part in the story of her life and she needs to at least admit it.

“And then what?” I hear you asking. I don’t have an answer for you but I recently read a speech from Jeppe High School for Boys deputy principal Kevin Leathem that went viral when he spoke about white privilege and I think Rolene can get the mandate from there.

Here’s a particular quote I loved.

“I am going to ask you to be grateful for your privilege, and realise that through no fault of yours, or their own, millions of people are worse off and don’t deserve to be. You have been given an unfair advantage. So use it. Do something meaningful with it. Or don’t. But whatever you do, don’t deny it.” - Jeppe High School for Boys deputy principal Kevin Leathem.

Thousands of Twitter users were angered by Helen Zille's suggestion that black people now languish in privilege due to corruption and looting.
News
2 years ago

White privilege: how athletes, musicians & celebs are owning it

Kyle Korver, a US athlete has been praised for his article on white privilege.
News
2 years ago