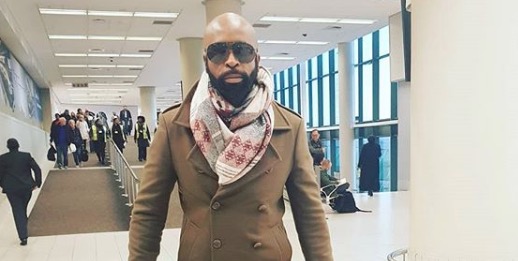 DJ Sbu has offered to help an unemployed man who spoke about his suicidal thoughts on Twitter.
Image: Via Instagram

DJ Sbu has stepped in to offer to help an unemployed Twitter user get back on his feet and provide for his family, after a suicidal thread from the man went viral on social media this week.

The man, whose username is Jackie Mkeeze, broke hearts and had many in tears when he responded to the popular "O jewa ke eng?" tweet by pouring his heart out about being unemployed, depressed and suicidal.

In a lengthy thread, the man recounted how he was struggling to find work for over a year and constantly felt like he was failing in life.

He spoke of wanting to end his life so that he wouldn't keep feeling like he was disappointing his family.

" I hope my kids will forgive me. I hope their mother will understand. Because, really, I have nothing more to give. Being unemployed for some time renders you unemployable, especially at my age. I've got so much 'regrets' from companies it has come to a point where it hurts no more. What hurts is when my son asks me when I am taking him to my work."

You guys don't understand depression😢😭. Being 40 year old, doing honours Degree, with 3 kids not employed for more than a year, infact never had proper job. Having nothing to eat and kids and their mother look at you to provide, all you end up thinking about is death=peace😭😭 https://t.co/8BZdcJ0Yx1

His thread was flooded with comments offering the man prayer, support and even possible opportunities.

DJ Sbu was among those who offered to help, telling the man to "lose" his pride and start hustling with him.

"Join us, bro. Let's go sell in the streets. Lose your pride. It's time to hustle. Stop thinking about suicide and think about your kids."

The man said he didn't have any pride to lose and took up the challenge, while many others added their well wishes.

Here’s why DJ Sbu trended pretty much all weekend

DJ Sbu responded to calls for him to pay Zahara and claimed TS Records have always stood by the star.
TshisaLIVE
2 years ago

DJ Sbu says you shouldn't wait to be elected, but grab your own mic.
TshisaLIVE
2 years ago

'Who sent him to speak for Africa?'
TshisaLIVE
2 years ago