WATCH | This little girl impersonating Bonang is everything!

Even B was impressed! 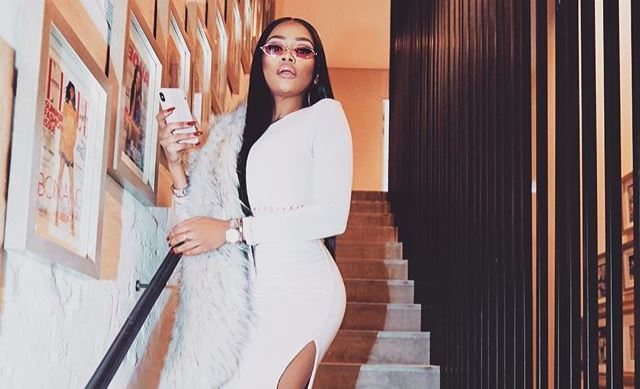 Bonang has many young fans who pretend to be her.
Image: Instagram/ Bonang

TV personality and reality star Bonang Matheba, also dubbed the Queen B, has loads of fans both young and old but one young fan particularly stood out as a video of her impersonating Bonang circulated on Twitter.

In the video, the young girl is seen pretending to be Bonang while wearing a curly wig to get herself further into character.

The girl was re-enacting a scene from B's reality show Being Bonang where Bonang's cousin Pinky failed to get her visa after Bonang instructed her to get it so they could go to France.

"Yeah, Bonang. I'll do it," she says as she flicks her wig. She continued speaking in Setswana as she impersonated B.

Bonang saw the video and she loved it.

The star responded with heart emojis and the caption: "I'm screaming. My daughter, surely."

From court battles to bubbly: It’s Bonang’s birthday and we look back at the past year

What a year it's been!
TshisaLIVE
2 years ago

WATCH | A vibe! Bonang's Idols SA audition is all you need to see today!

If this video of Bonang channeling Bey is all you see today... that's also fine!
TshisaLIVE
2 years ago

Queen B is also the queen of cool as far the kids are concerned!
TshisaLIVE
2 years ago