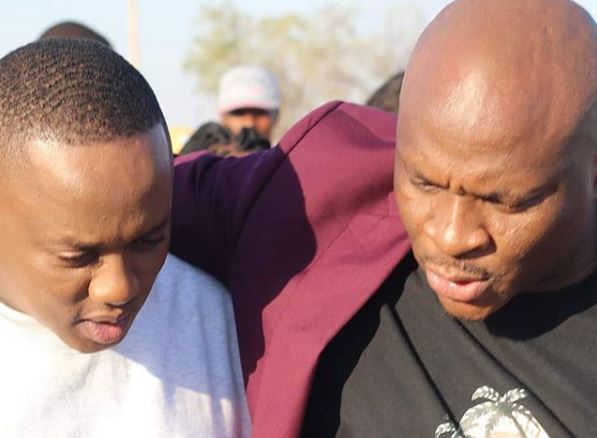 Dr Malinga went and created a mock episode of the popular reality show Uyajola 99 for his music video inspired by the US series Cheaters, which also features the host of  the show, Jub Jub.

The Via Orlando hitmaker was inspired by the first episode of the show where a woman was exposed as a cheat. It was also revealed that her son was actually fathered by the man next door, who - by the way - would go next door in the name of selling atchaar!

Never one to miss an opportunity, Malinga went into studio to create a song and finally released the hilarious visuals on Tuesday.

In the video, the musician calls a men's conference and says women will be joining it this year. He also raises a point about a "problem" called Jub Jub.

"There's a man bothering us. He's got a sweet name. His name is Jub Jub."

He is also seen holding Linga's atchaar, in reference to that first episode.

Then Malinga went on to confront Jub Jub... "Mos we are all dating people... you date, we date so what's your issue?" Then Malinga said if Jub Jub doesn't stop, he might need to go after him for papgeld. LOL!

And Jub Jub gave Malinga a spicy comeback in the form of a verse.

Watch the crazy music video below!

Candice Modiselle: We're doing amazing things in SA that needs to be celebrated

Candice thinks it's time we appreciate our own.
TshisaLIVE
2 years ago

OPINION | The colourism conversation is long over-due but...