Image: Photo by Gallo Images / Oupa Bopape Nomsa Buthelezi will be bringing her bubbly spark to Generations: The Legacy.

While she'll always remain one of Mzansi's favourite OPW presenters, Nomsa Buthelezi aka Gomora Diva has been slaying in the acting field and recently landed a role on Mzansi's second-biggest soapie, Generations: The Legacy.

Speaking to TshisaLIVE, Nomsa confirmed that she's part of the SABC 1 soapie. The actress couldn't help but share her excitement over her latest acting gig.

She explained that having grown up watching Generations, to be part of it was a dream come true.

"Yes, I have joined Generations and I've been shooting for over two weeks now and all I can say is it is such a blessing. As a young girl in Alexandra, this was a dream I didn't always believe would happen. But now that it has, it's the most amazing feeling.

"For me, bagging such a gig means more than just a pay cheque. This for me says to other women that look like me, to say to them, with hard work you can break through any door and claim your space. It was pure hard work that got me this chance," she said.

Nomsa said she didn't want to give too much away but she would be bringing her Gomora Diva spunk into an otherwise quite tense storyline.

The actress will come on board as Mrekza's older sister, who is also a teacher.

"There has been so much tension on the soapie, like Tshidi's death and the fighting for power, among other things, and what my character brings is a flavour similar to what Nomsa brings in real life. I'm going to break the tension there with my spunk!"

As an actress, Nomsa has been doing the most and her Lockdown character is a firm favourite for most people in Mzansi.

She said that she was ready to change the mood on Generations.

Watch her in action on Lockdown as Slender. 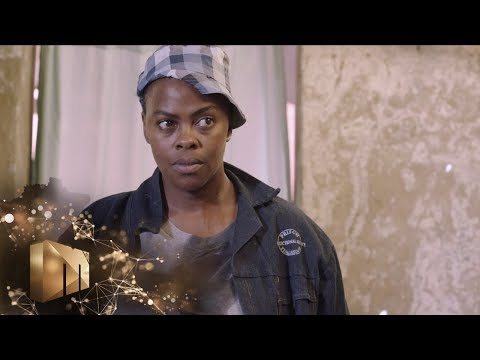