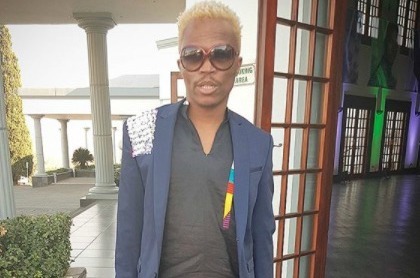 Less than a year after SA dancer Zodwa Wabantu was deported from Zambia, the country's national guidance and religious affairs minister, Reverend Godfridah Sumaili, has moved to stop Somizi from attending an event in the country.

According to Diggers News, the minister stepped in to overturn the Lusaka July organisers' decision to invite Somizi to their event this coming weekend because of his sexuality. Sumaili said Zambia was a Christian nation and warned that allowing a gay man into the country would corrupt citizens' morals.

Somizi did not respond to TshisaLIVE's request for comment but told the paper that he felt bad for the LGBTIQ community living in that country.

He went on to call the minister’s stance absurd and said she should have been preaching love and acceptance.

"Oppressing people for their sexual orientation won’t change them,” he added.

Speaking at a press conference in Zambia, event organiser Chishimba Nyambe said Somizi had been invited to the event in his capacity as a fashion icon.

She confirmed that his invite to the event had been withdrawn, after consultation with other stakeholders, but said she was taken aback by the controversy.

Will Somizi Somgaga be allowed in Zambia? Chimweka MANIC Chileshe & Cheswa Kapasa are live at the New Government...

"When the presence of an individual has the potential to disrupt peace it bothers us... Our number one priority is to put the people first and to make sure that we do not disrupt national values, as the ministry has put it," she added.

Sumaili told media that the government would not condone event organisers inviting people with "questionable characters that might undermine the morals of the land”.

"In Zambia we do not condone gayism or homosexuality and this is a crime. Inviting people with such means that we are slowly accepting this vice. We must guard against such foreign influences as they pose a risk of disturbing our social fibre as a Christian nation."

This choir has Bafana Bafana vs Egypt winning tendencies.
TshisaLIVE
2 years ago

Zodwa Wabantu shows off her rejuvenated boobs at Durban July

Zodwa Wabantu set tongues wagging when she arrived at the Vodacom Durban July on Saturday in a sheer, crystal-encrusted dress that left little to the ...
TshisaLIVE
2 years ago

Africa’s biggest horseracing event, the Vodacom Durban July, took place this weekend. While some gamblers were weeping over their losses, the ...
Lifestyle
2 years ago

'We will adopt, yes. But I want a biological child, which I will make. Don't ask me how'
TshisaLIVE
2 years ago