Thando Thabethe on securing the bag: I won't be slowing down for anyone 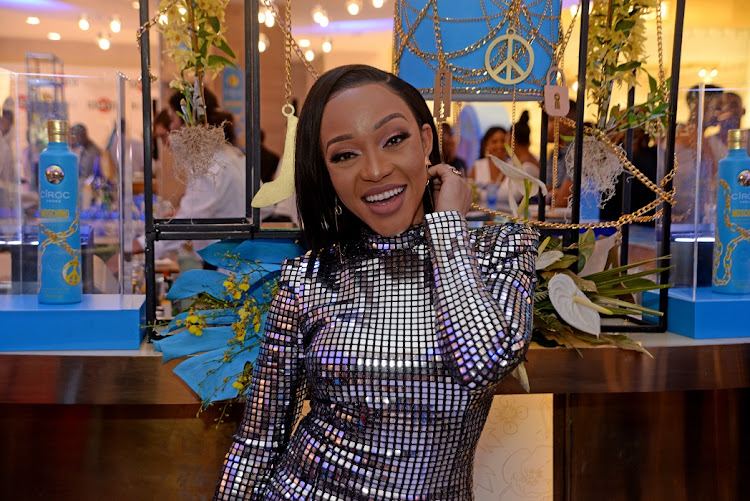 Thando Thabethe is doing her best to be the best entertainer she can be.
Image: Gallo Images/Oupa Bopape

After being in the industry for almost a decade Thando Thabethe's strategy to keep her head down and let the work do the talking has been yielding in those results and guap.

Talking to TshisaLIVE a few days after making it onto the Forbes Africa 30 under 30 list, which honours the most influential creatives on the continent, Thando explained that the honour was a result of staying and slaying in her lane.

Plus the way her confidence is set up, nothing and no one can stop her go!

"The world should definitely not expect me to slow down anytime soon, I wanna take my business to the world, and also put more work into becoming an entertainer."

The actress, radio personality and blossoming businesswoman couldn't help but gush about how big a deal it is for Forbes to recognise her as one of the best Mzansi has to offer.

She said it was a blessing to be a testimony that "a black child can achieve everything they set their mind to".

"I was pleasantly surprised, I knew I’d been working hard and had done well in my career so far but didn’t know I was on the radar of a brand as great and globally recognised as Forbes magazine."

To her credit, the actress has managed to secure big money endorsements such as Ciroc and opened a business, Thabooty's Underwear & Shapewear. All of this in addition to her many acting gigs both on film and the small screen.

Thando said there's more to come and that making it to the Forbes list was just a lil pat on the back to say "your dreams are valid".

"It’s a moment of recognition that I’ve worked hard for, and that hard work is being recognised. It’s also a reminder that all our dreams are valid and we should just go for them. No one can stop your go."

Black child, your dreams are valid!!! Thank you @forbesafrica for recognizing my work and contribution in my field of work. I am a Forbes 30 under 30 graduate 🙏🏾🙏🏾🙌🏾🙌🏾🙌🏾😭😭 and I am on the cover of Forbes Magazine 😭😭😭!!!! #YouCantStopMyGo

Say what? J. Cole is having a 2nd baby, but we didn't even know about the first!

J. Cole is as private as they come!
TshisaLIVE
2 years ago

Linda isn't here for the hate.
TshisaLIVE
2 years ago

IN MEMES | 'The Republic' gets an overwhelming YES from Mzansi

So far so great for Mzansi Magic's new drama!
TshisaLIVE
2 years ago