Celeste Khumalo: I don't get roles just because I'm beautiful 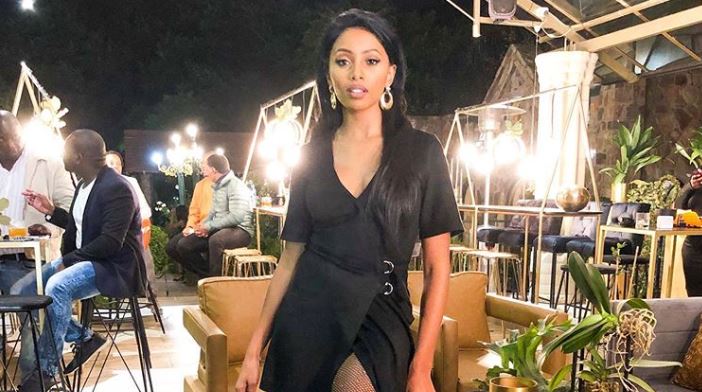 Celeste Khumalo says people often believe she gets gigs because she is beautiful or has a big social media following.
Image: Celeste Khumalo's Instagram

Actress and TV personality Celeste Khumalo has scored a new role on popular SABC 1 soapie Generations: The Legacy and has hit back at claims that she only gets acting gigs because of her good looks.

Celeste, who has previously starred as Linda on The Queen and in Showmax's first local original drama The Girl From St Agnes, will play the role of a no-nonsense human rights lawyer called Bulelwa.

Bulelwa is at the centre of a race row between Smanga, played by Moopi Mothibeli, and Joshua, played by Sean Brebnor.

She told TshisaLIVE that she spent a lot of time looking at other strong female actresses who had played similar roles to prepare for it.

Celeste admitted that it sometimes bothered her when people just dismissed her achievements because she once won Miss SA Teen  and they thought she was just a pretty face.

She said that despite not studying acting formally, it was time for people to see her acting talent and not just her beauty.

"People must let go of this; 'She got it (roles) because she has lots of followers or because she is a model.' That does not matter in my audition. When I am in the corridor with 20 others to audition for the same part, it goes to the most talented person. Otherwise, I would have got a direct call asking me to join because I am beautiful, and that has never been the case."

Celeste said that actors needed to be strong and confident to not only survive on set but also deal with self-doubt.

"You need to be strong and confident. There are days where you are just like 'Oh gosh, am I really supposed to be here? Am I really an actress?' You have to remember how far you have come and speak to those who know you best. I speak to my mentors, acting coaches and family."

Candice Modiselle: We're doing amazing things in SA that needs to be celebrated

Candice thinks it's time we appreciate our own.
TshisaLIVE
2 years ago