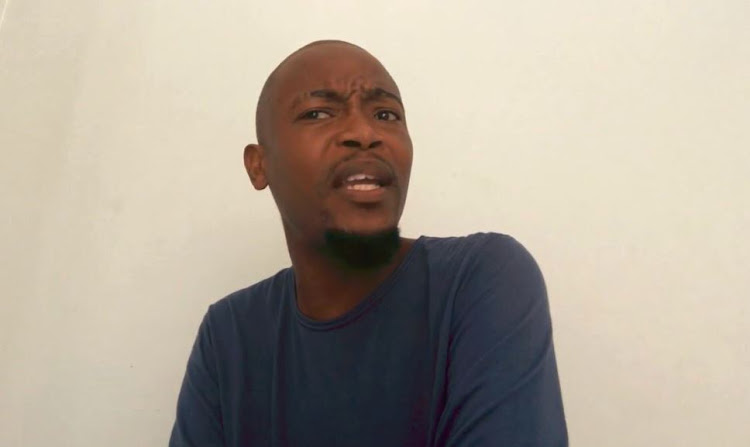 Moshe Ndiki is one of the hosts of 'Rea Tsotella'.
Image: Via Instagram

Viewers who religiously tune into the Moja Love reality show, Rea Tsotella, do so mainly for spicy confrontation. But this week on the Mzansi version of The Jerry Springer show all they got was the sad story of a family they felt needed professional help.

The Twitter TL was filled with tweeps who were left in their feels after they heard the story of the young woman who couldn't get an ID because of her father's lack of interest in helping her.

The woman painted a grim picture of how she had been raised, allegedly by an alcoholic father who had physically, sexually and verbally abused her.

The father denied the accusations, except to say that he had a couple of drinks every now and then.

Being raised by a single parent is not easy, But What do you do when your father is an alcoholic who drinks day in and night and refuses to take care of you and your sibling? #ReaTstotellaWednesday #DeadBeatDad

Tweeps were left heartbroken by the woman's story and concerned for the dad, who seemed to need professional help.

They had the memes.

God protect these young ladies in the hands of bad fathers like this !!! #ReaTstotellaWednesday pic.twitter.com/7RXVEbRjDA

This is a drama queen of a father !!!! #ReaTsotellaWednesday pic.twitter.com/CPfJNJmD6x

So beyond this show, how can we help this lady yo get an ID? #DeadBeatDad pic.twitter.com/hz8iq9ww1z

This man is in a wrong show, hes supposed to be in Witkoppies... We can't take it that he's normal... He's got mental issues #ReaTsotellaWednesday #DeadBeatDad pic.twitter.com/J32IulLX8Z

Maybe this father is suffering from depression 💔..... Maybe #ReaTstotellaWednesday pic.twitter.com/I6VlPoBK5Z

And whoever does not provide for relatives and especially family members has denied the faith and is worse than an unbeliever 1 Tim 5:8 #DeadBeatDad pic.twitter.com/lTC8xDSuhp

I was scared for my life: Why Durban is off the list for Cassper's next #FillUp show

Eish! Will Sthembiso keep the secret?
TshisaLIVE
1 year ago

Bonang Matheba is making major business moves and we are just so proud. Her MCC range, the House of BNG, is set to be the celebration partner for yet ...
TshisaLIVE
1 year ago

Sorry to bust the bubble but the BET winners aren't an item...
TshisaLIVE
1 year ago