'Lion King' lioness Beyoncé has got the spirit, say fans 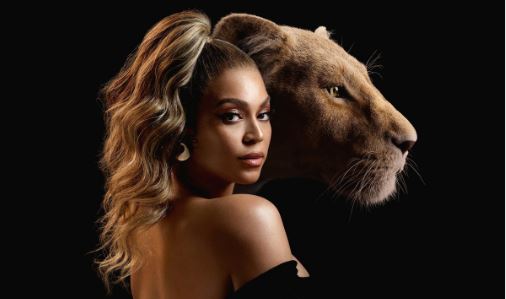 Fans are loving the track from the Disney film.
Image: Twitter/The Lion King

Beyoncé stans are losing it on Twitter as they react to her Lion King soundtrack song, Spirit, which she also produced. The song will feature during Nala's scene, the character Beyoncé plays.

Fans are gushing over her vocals and the inclusion of Swahili in the song's lyrics. The language is spoken by about 135 million people in Africa.

Apart from featuring in the film, the song is also one of the tracks which make up the album, The Lion King: The Gift, which is due for release on the same day as the film, July 19.

This song Beyoncé did for the lion king 🔥🔥

.@beyonce’s new single ‘Spirit’ for the @lionking now available on all platforms! Written and produced by @beyonce @ilya_creates and Myself. Beyonce thank you for being so wonderful. Ilya thank you for being the best! 🦸🏻‍♂️🦸🏿‍♂️ This year is a whole different level of magic 🦋 pic.twitter.com/QBHrLL401n

Beyoncé Has The Strength Of A Lioness On New Lion King Song ‘Spirit’ https://t.co/edaytNypPd pic.twitter.com/cOcA0tlBb9

Listening to #Spirit & realising #Beyonce has done it again.#LIONKING pic.twitter.com/0sa4gzMsLB

I did expect Beyoncé to snap but damn mama 🔥🔥🔥🔥 #Spirit #LionKing #beyonce pic.twitter.com/Ublmf0xHzu

The uplifting song was co-written by Queen B alongside Ilya Salmanzadeh and Timothy McKenzie.
Lifestyle
2 years ago

Khanyi was not impressed.
TshisaLIVE
2 years ago

"It will bring no joy to the person you love so much if you spew hate in her name," Bey's team said to the Hive.
TshisaLIVE
3 years ago