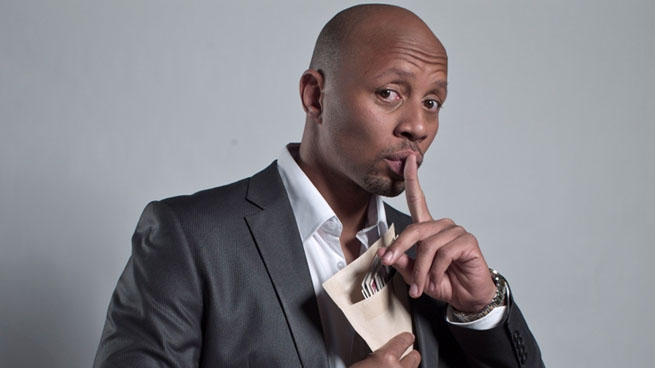 Phat Joe has been taken off air indefinitely.
Image: Supplied

The SABC has confirmed to TshisaLIVE that Radio 2000 breakfast host Phat Joe has been "unscheduled until further notice", in the wake of a backlash over his comments about the LGBTIQ+ community on Wednesday.

The radio star weighed in on a debate around comments made by Zodwa Wabantu about gay people on her reality show this past weekend and asked listeners to share their thoughts on the topic.

In the episode, Zodwa made comments about gay people being too dramatic and "forgetting that they don't have vaginas".

Joe added his own view on the debate and allegedly asked why gay men would not accept how hard it is "for most people to accept their lifestyle".

His comments drew sharp backlash from the LGBTIQ+ community and others on social media, with many calling on the station to suspend the star.

Joe was missing from the station's breakfast show on Thursday morning, with David Mashabela standing in for the star.

In a statement to TshisaLIVE on Thursday, SABC spokesperson Vuyo Mthembu confirmed that the star had been unscheduled indefinitely, but said the matter was between Joe and the SABC.

“The SABC can confirm that Phat Joe has been unscheduled until further notice. This is a matter between the employer and employee, and we cannot comment further at this stage”.

Joe was taken off air by his previous station, East Coast Radio, in February 2017 after comments he made about Down syndrome.

He was also hauled before the Broadcasting Complaints Commission of South Africa (BCCSA) and the station was fined R30,000 for the comments.

The decision also comes just days after the SABC confirmed that it had terminated its contract with Metro FM Breakfast show host DJ Fresh. Fresh had been unscheduled for several week after a BCCSA complaint against him for making offensive comments on air.

Bonnie Mbuli slams homophobia: 'I was raised by gay men & women in the industry'

Phat Joe is back. Are you ready?
TshisaLIVE
3 years ago