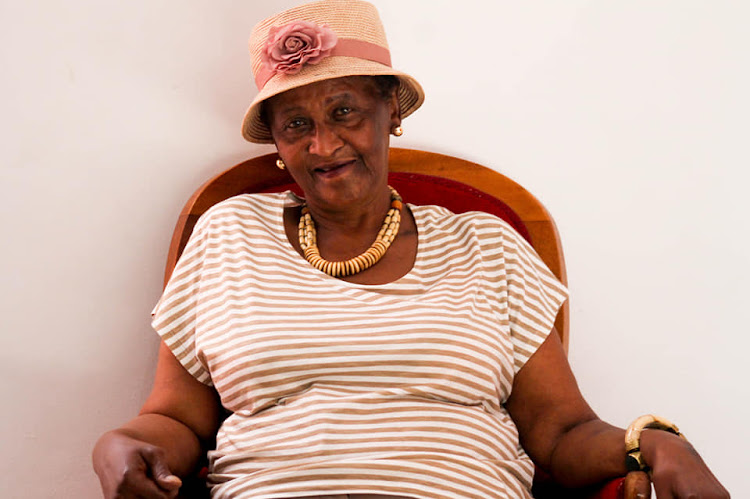 As heartfelt tributes continue to pour in for the late veteran actress Nomhle Nkonyeni, who died on Wednesday, Mzansi has reflected on her life well-lived and, more importantly, her heart for activism that earned her great respect from the country.

Many of the young artists, and particularly actors of Mzansi, have come out to share their lived experiences with Nomhle in and out of the industry space. Nomhle was without a doubt one of the most respected thespians in Mzansi and for any of the actors that got a chance to work with her, it was an honour they will forever cherish.

However, for the people that got to know and love Nomhle from far, it was her activism not just for the arts, but most recently also for the welfare of women in the wake of rising femicide stats that won their hearts over.

Sowetan reported last year that the actress had thrown her star power behind the march against gender-based violence. Nomhle had buried her daughter, Thabang Nkonyeni, who was found murdered in her house by her boyfriend in 2009.

Nomhle joined the campaign because of her daughter and the pain she felt for many other mothers who were losing their daughters at the hands of their partners.

"I joined this campaign because I wanted to be part of the women who are fighting for change. Enough is enough. Losing my daughter was the most painful thing that I ever experienced in my life. In the past years, I have tried to put that behind me but I am constantly reminded of her by the killings we see in our society," she said at the time.

If South Africa had not loved her, it was at that point that she gained even more love and respect for her fearlessness in standing up and putting her weight behind a worthy cause - a quality the new crop of celebrities don't have in abundance.

Nomhle had gone through the most as an artist trying to thrive in the apartheid era but against all odds, her star continued to shine.

That is why even though South Africans were devastated by her death, they were happy she received the honour and respect she deserves in the form of the Order of Ikhamanga in Silver from the president, had a street renamed after her and a number of awards from the acting industry.

Nomhle spoke out about what she wanted her legacy to be and judging from the impact she's had on the actors in the industry and the people of Mzansi, it looks like she did what she intended to do.

Nomhle was loved by many South Africans
TshisaLIVE
2 years ago