WATCH | Scoop warns new school hip-hop rappers: The internet alone won't do it for you

Scoop Makhathini, DJ Vigilante, Ms Cosmo and DJ Speedsta have called out new "internet"-based rappers for being too entitled. They also explained why Nasty C is killing the game, but A-Reece isn't, even though they are both good.

The nice thing about YouTube is that you can "call a spade a spade" without any censorship and that is exactly what "SA hip hop panel" has done on POPcast. In their latest episode they held nothing back when they came for the skrrr skrrrr, aka new-school hip hop rappers.

"These (new-school kids) feel entitled for certain things, but they don't follow protocol like everybody else," DJ Vigilante began the conversation.

The panel then spoke in-depth about how these kids don't invest in proper management, never pick up their phones or honour invitations, among other issues, all because they think they can thrive on the internet alone and be superstars.

They mentioned how Nasty C was succeeding because he's learned how important a good manager is.

"My thing is they should probably look at a Nasty (C) for example. Most of them probably came through the same time as him, but they are now, like, why is he winning? They probably ask themselves, 'why is he winning?'," Vigi said. Scoop and the rest of the crew agreed.

Scoop took to Twitter to emphasise the importance of a good manager. Again.

Watch the rest of the panel discussion below. 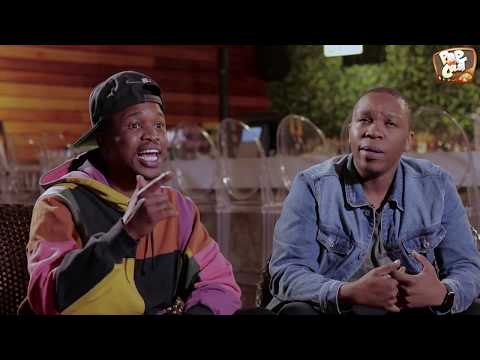