Denise Zimba on welcoming her baby: I’m absolutely in love 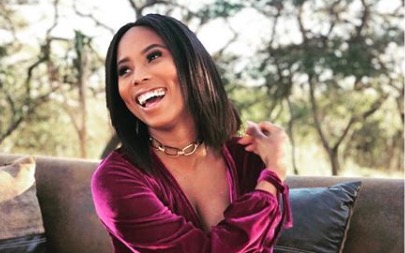 Denise Zimba revealed earlier this week that her bundle of joy has arrived and that she's completely besotted.

Denise said that after being in labour for 24 hours, her baby was delivered through an emergency C-section.

"48hours of no sleep, 24hours of labour. Emergency C-section and I’m absolutely in love," she said.

Even though Denise has officially revealed the gender of her baby, last month she shared a picture of her showing off her bump in a pink swimsuit.

The TV personality surprised many when she announced her pregnancy in May and opened up about how doctors previously told her she had a 1% chance of falling pregnant.

"My doctor said I had endometriosis. An urgent treatment was needed, which meant falling pregnant was indefinitely placed on the back burner. Only 1% possibility to conceive, even after treatment for some time."

At the time Denise described her bundle of joy as a miracle.

Thando Thabethe on securing the bag: I won't be slowing down for anyone

The way Thabooty's confidence is set up, nothing and no one can stop her go!
TshisaLIVE
2 years ago

"Everything was fuzzy and I couldn't see anything clearly. I just felt my mother holding me and praying; 'Please, God. Not my child. Not now.'"
TshisaLIVE
2 years ago