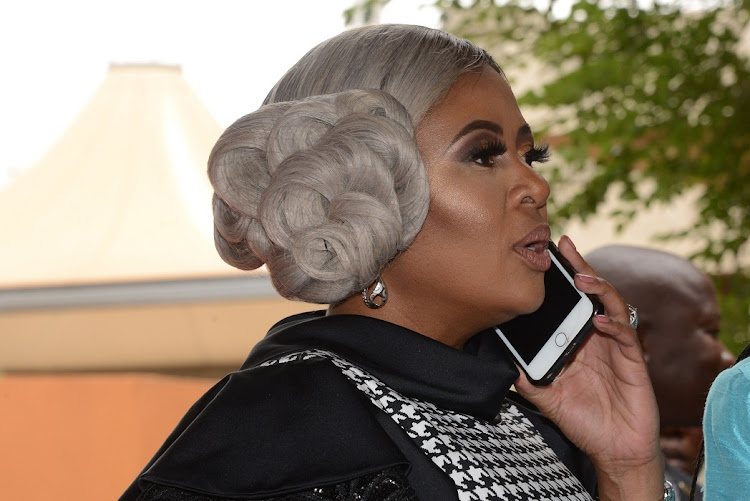 Basetsana Kumalo recently joined a lobola delegation as the only woman among men.
Image: Photo by Gallo Images / Frennie Shivambu

Basetsana Kumalo is one of the women who have been at the forefront of women empowerment since her Miss SA days and she took to her Instagram to share an inspiring story of how she joined a men-only lobola delegation and how important that was for women to see.

Bassie, as she's affectionately called by her followers, explained that for the third time in her life, she got the rare honour of being part of what is traditionally an honour reserved for "men only" when she sat in at one of her "daughter's" lobola negotiations.

"I love our culture, I love our roots, I love our customs, I love our tradition, I love the beauty of two families coming together as one. This morning I had the true honour of being uNozakuzaku, (I don't know what the English word is....help anyone) for lobola negotiations for one of the #DaughtersOfMyHeart Lethabo Zana Ndala... representing the Ndala family as the Nkosi family brought us izinkomo."

The media mogul said that the time had come for women to be given a seat at the table, especially on such important occasions in their children's lives.

"Being the only woman in the room of 11 men was a stark reminder that women need to be brought into the room and at the table at such important occasions that determine the future of our children."

Her comment section was filled with women who expressed the inspiration she is to them and men who were pro having women included in traditional processes that were formerly exclusive to men.

Even though there were a couple of naysayers, who called for men to stick to "their" duties and not undermine the "fixed traditions".