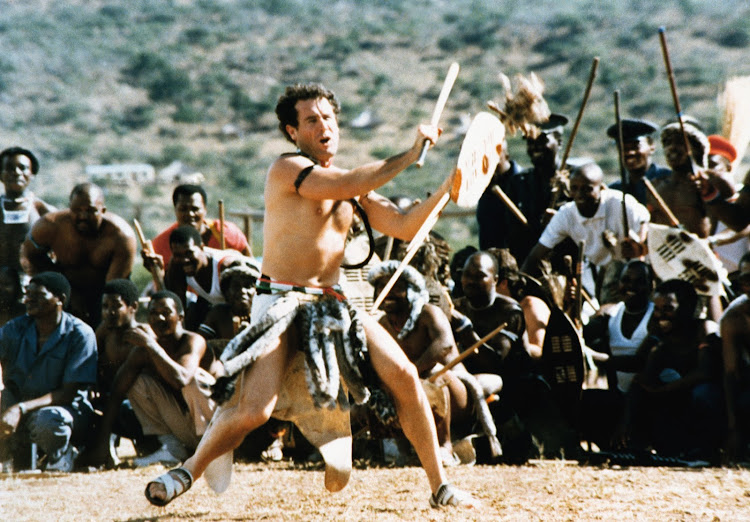 Anti-apartheid anthem writer. Arrested for singing in a migrant labour hostel. Providing solace to ANC members in prison. Giving hope for the future.

On Tuesday, Johnny Clegg died after battling pancreatic cancer for five years. His manager, Roddy Quin, said he "fought till the very last second". That fighting spirit is symbolic of his life journey.

Here, in his own words, during a 2017 interview on CBC, Clegg speaks about his journey of discovery, coming face to face with death and hanging up his guitar.

An introduction to race

Clegg told CBC that his parents were more liberal than other white South Africans.

"In 1964 I went to school Zambia, in a non-racial school, and that was a very formative moment for me. There were more black school kids than whites, more black teachers. It was a very important experience, in a way, framing my return to South Africa and into this kind of cultural and racial silo."

Clegg opened up about his music journey to CBC.

"My mom bought me a guitar when I was 12.  I was 14 when I first interacted with a Zulu street musician ... I saw immediately that the guitar was tuned differently, played differently. There were no chords and it was that that captured my imagination. I saw immediately that this was a unique genre of African guitar music. I know that nobody, in the white world particularly, knew about it. I asked him to teach me and as I learnt more, a whole other portal into Zulu culture opened for me. It was a massive adventure for me as a young boy."

Arrested and a way forward

He spoke about how he performed at a hostel only to be arrested by police.

"I was in a migrant labour hostel and at that time it was regulated by the group areas act and separate amenities act. So I needed a permit to go into the hostel. I was a kid. I didn't even know that's what you had to do. The police who raid hostels frequently thought I had been kidnapped and when they discovered I was there voluntarily, in fact I had snuck in, they arrested me. "

Clegg told eNCA that Jaluka's first album was a "flop" because of regulation around his music.

"We were mixing languages, which was against the government policy. We decided to go and start playing in venues that would accept us. You could, if you went further out, into rural locations."

"An ox must continue pulling even when it is emaciated."
TshisaLIVE
3 years ago

He spoke to TshisaLIVE about his battle with cancer and his farewell tour.

"As I’m planning this, I’m living in a parallel universe with my condition. My chemo kind of carries me through until January and after that, it’s no man’s land. So I want to do as much as I can now and put all these things to bed."

"I’m fit now, but the oncologists say you have to entertain the fact that it might be an illusion because you have all this chemo in you, that is just keeping this [cancer] at bay and it has a finite lifespan. But when I am on stage and performing, I feel like I can do this forever. It’s a massive contradiction in my brain."

He told CBC that he knew his condition was serious.

"Every performance that we've done is very bittersweet for me. I feel like I can keep on going forever, but I know that it is an illusion and I have a very, very serious condition which at some point is going to raise its head again."

In an interview on eNCA he spoke about the support he had received from fans.

"It gave me a sense that this is something that happens in the world and people have made proverbs of it. I have been lucky and fortunate enough to be able to have strength now to be able to do [the tour]."

'Saying goodbye is a tough thing'

He told CBC that putting down the guitar was a bittersweet.

"I'll be saying thank you. I've had a great life. I've had a great 40 years of music. I've made an impact and left a legacy of possibilities through music and dance. That thing for me, when I take my guitar off  and I say goodbye for the last time, is both a happy moment - that I've managed to do this, wound up my career at the height of my career,  but at the same time, saying goodbye is a tough thing."

"One day when you wake up I will have to say goodbye," sang Johnny Clegg in 'Cruel, Crazy Beautiful World', a track he wrote for his son, Jesse, in ...
Lifestyle
3 years ago

TshisaLIVE interviewed Johnny Clegg two years ago when he announced his retirement.
TshisaLIVE
3 years ago