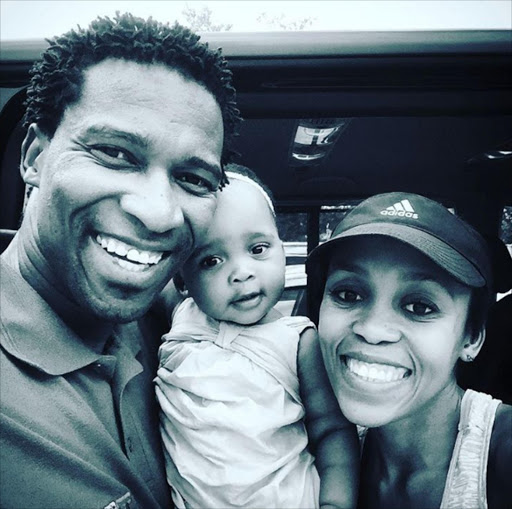 July 18 2019 marks three years since Gugu Zulu died and his wife Letshego will be officially launching her book I Choose to Live: Life After Losing Gugu.
Image: via Gugu Zulu Instagram

As the world celebrates Mandela Day and commemorates three years since Gugu Zulu's death, Letshego Zulu will celebrate the launch of her book I Choose to Live: Life After Losing Gugu, a fitting tribute to her late husband that documents her choice to live even after losing the love of her life.

Today marks three years since Gugu died while trying to summit Mount Kilimanjaro, as part of a Trek4Mandela expedition to raise funds for sanitary pads for school girls.

Letshego said she's filled with gratitude that she finally managed to put pen to paper and share a journey of love, grief and learning to live and laugh again.

In her memoir, Letshego gives readers the full story into the heart-wrenching details of her and Gugu's trip to Kilimanjaro and coming back with her husband in a coffin.

Letshego Zulu writes book about Gugu: There were plenty of tears & lots of smiles

The book, titled 'I Choose To Live: Life After Losing Gugu', will be available in July
TshisaLIVE
2 years ago

Additionally, she shares all the lessons she's learnt since bidding farewell to her daughter's father and all the mental shifts that followed including taking off her ring.

"So I took off my ring while I was still on the mountain, not at the summit. But I took it off because of that line that we all say on our wedding day and that is, 'Til death do us part.'"

Letshego explained that she took off her wedding band a year after Gugu died when she went back to conquer Kilimanjaro.

"For me, it was like, 'I lost you a year ago and I still hung on to you for a year but now I need to let you go. Because a year ago, we said till death do us part and that happened.'"

"For me taking my ring off was not an emotional experience. I took it off and I whispered the words 'Till death do us part and I love you.' I still love him and removing the ring doesn't mean I've abandoned him or I don't love him anymore, I will love him for the rest of my life. I also have a daughter with him so he will be a part of me for the rest of my life but life has to be lived."

Letshego's book I Choose to Live: Life After Losing Gugu is available in book stores and she'll be officially launching it at Sandton City later today.

Dear Friends, I would like to extend an invitation to you for the Jhb Launch of I Choose To Live on 18th July 2019, the same day we lost @guguzulu 3yrs years. If you would like to attend, please ensure you R.S.V.P to the email address on the invite as space is limited. . I look forward to sharing this journey with you. @ichoosetolivelzulu @mfbooksjoburg @jacanamedia

Imagine J' Something's mother's face when he called after church and "Ma, God says I need a guitar"
TshisaLIVE
2 years ago