AKA on returning to Twitter for advice: I still care what you think 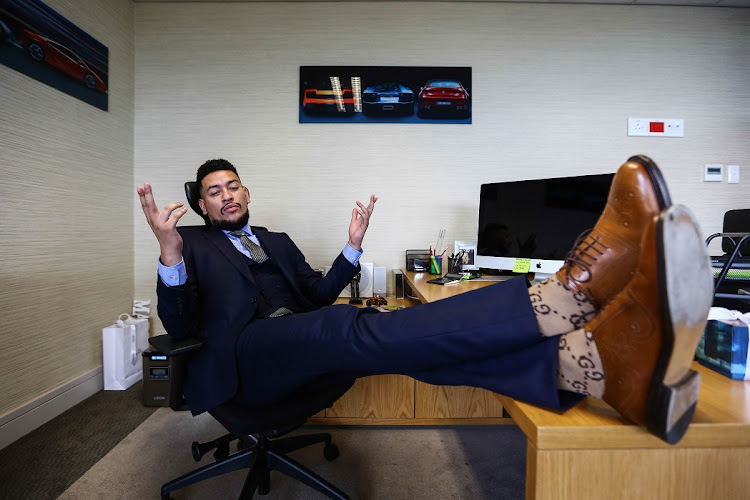 SA rapper AKA has returned to Twitter to ask the Megacy if they are digging his new sound.
Image: Gallo Images / Sunday Times / Moeletsi Mabe

AKA has been scarce on these Twitter streets lately, but on Thursday morning he remembered the Megacy and decided to include them in his upcoming music-making process. He realised their opinions are important ... after all.

The Jika hitmaker took to the TL to share the progress he has made on his next musical offering. He also shared details about the project that he hasn't shared before.

AKA explained that he realised he really wanted the Megacy to feel included in his process.

"Sorry to always tweet at these times but this is when I normally finish working and wanna hear what you think of my sh*t... imagine that?! I still care what you think," he said.

Then he tweeted his current music plan, before asking the Megacy to share their thoughts.

"I rate I’m gonna do a 10 track for the summer. Like 3/4 'trap' records for the young ones/for the mosh pit... and then like the rest straight signature AKA/Master A sound. What do you think?" he asked.

AKA also opened up about his current challenges as an artist. He said the biggest one at the moment was finding his "niche".

The biggest challenge right now is finding my niche. I tried making a few trap records and they were aight ... then I realized lemme just go back to what got me this far and what the fans know me for. https://t.co/Wnj8Tz01TU

Anyways. Lemme put my phone down and get back to the mission. I guess I’m just excited to share my music with people. Tell me how much you love it or how much it sucks .... it’s whatever ❤️❤️❤️❤️

The Megacy was very appreciative that the supa mega looked to them for ideas on what could make his music better.

The rapper's TL was filled with all sorts of comments and opinions, especially after AKA shared a snippet of one of his upcoming songs.

See some of the interactions below:

But that’s the process you know ...

I think I’m gonna go back to the “levels” sound. I’ve always been in love with like late 90’s/early 2000 dance/house music. https://t.co/2pSiuGThoA

Personally. In my own humble opinion. We been doing new age kwaito since “I want it all” ... that must have been like ... 08. https://t.co/xBalLAarYj

SA is mourning the death of Johnny Clegg following his five-year battle with pancreatic cancer.
TshisaLIVE
2 years ago